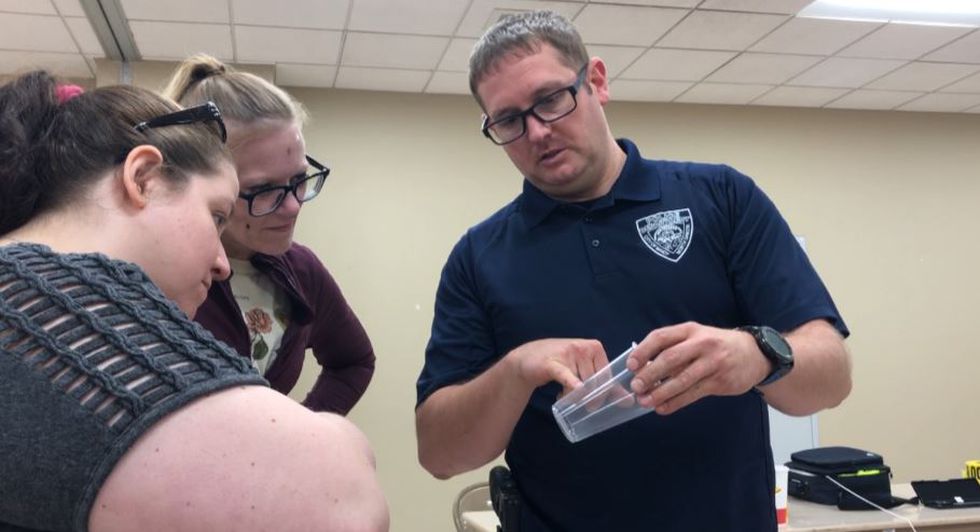 Finger prints, crime scene photography, and bullet trajectory—just a few of the highlights of week three of the citizens academy.

“I got to do finger prints. I made it to 70 years old without ever having to do a finger print. So I’m saving them their my first and only so far,” said Mark Turner, a participant.

The process not being as straightforward as some may think.

“I won’t say it’s easy, but the chemicals and all the other stuff they use. You know you watch it on tv and they’re just dusting and pulling. I mean they came out really nice, it was very interesting,” said Turner.

The lead instructor, Det. Carmen Asham, played a role in the investigation into the 2015 murder of Angila Wilder. She explained how solid forensic evidence can be hard to get.

“Juries are looking for those concrete pieces of evidence like finger prints and DNA. Sometime its can be hard to translate why that may not be available,” said Asham.

“I think it was really interesting to learn about the processes to learn about how the police investigate their crime scenes and how careful and methodical they are about collecting evidence,” said Jake Thrailkill, another participant.

Leaving with more knowledge about what it takes to be a crime scene investigator in the Magic City.

Don’t forget to tune in next Wednesday for the final part of Grace Goes to the Citizens Academy.”

House fire breaks out Monday in Minot, no one hurt