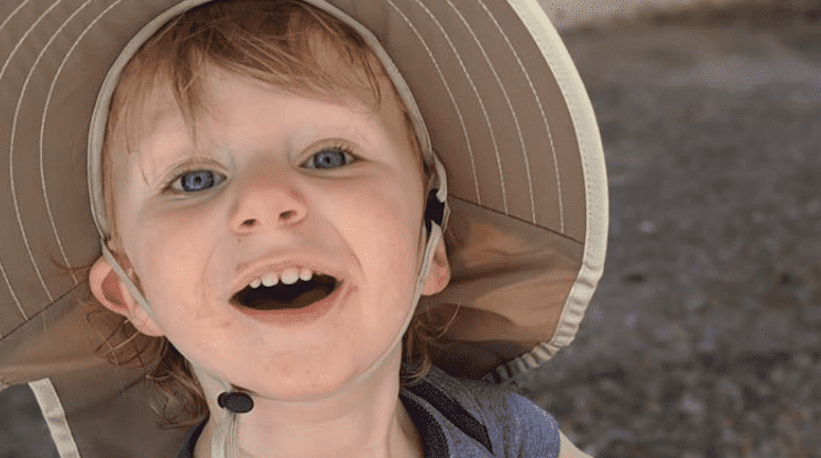 This lovely boy, described by his family as “the most beautiful and precious angel,” was found unresponsive in a bathroom just two months before he was to celebrate his third birthday. The boy’s grandmother made the shocking discovery and found him lying on the bathroom floor at their family home.

“At approximately 7.30 pm on August 11, 2021, Reid was found by his grandmother unresponsive on the bathroom floor at his home address after being found submersed in the bath water,” an inquest was told in September, 2021.

After Reid was rushed to the hospital, the boy was pronounced dead, and his entire family is left devastated by the loss.

“Reid was honestly the most energetic, happy, intelligent, beautiful, and loved child we have ever met,” said the family on a JustGiving fundraiser. “He was able to count to 10 in three languages! He frequently asked ‘are you okay?’ whenever he spoke to anyone because he cared for everything and everyone.”

Following little Reid’s death, his mother Natalie Steele was accused of taking his life. She was arrested on suspicion of murder and was held under the Mental Health act soon after his death.

In a post that was put up by authorities on Facebook, Inspector Davies gave a brief statement about the case and said: “We are dealing with a very sad and tragic incident. The family continue to be supported by dedicated family liaison officers and once again, I would appeal for members of the public to refrain from speculating on social media at what is a very difficult time for all concerned. My thoughts remain with the family.”

His family is left mourning the loss of the dear little boy. “Reid lit up everyone’s lives,” the family said about him on JustGiving. “…We miss him with every fiber of our beings. Reid never experienced evil or pain in his little life, he was so adored by all of us. We miss him every single day… He was the most beautiful and precious angel to grace the earth. If anyone of you were able to have met him in his short life, you will understand exactly what we mean.”

To honor Reid’s memory, the family set up the JustGiving fundraiser for the Noah’s Art unit at the University Hospital of Wales, where the staff did their best to help the family as they went through a tough time.