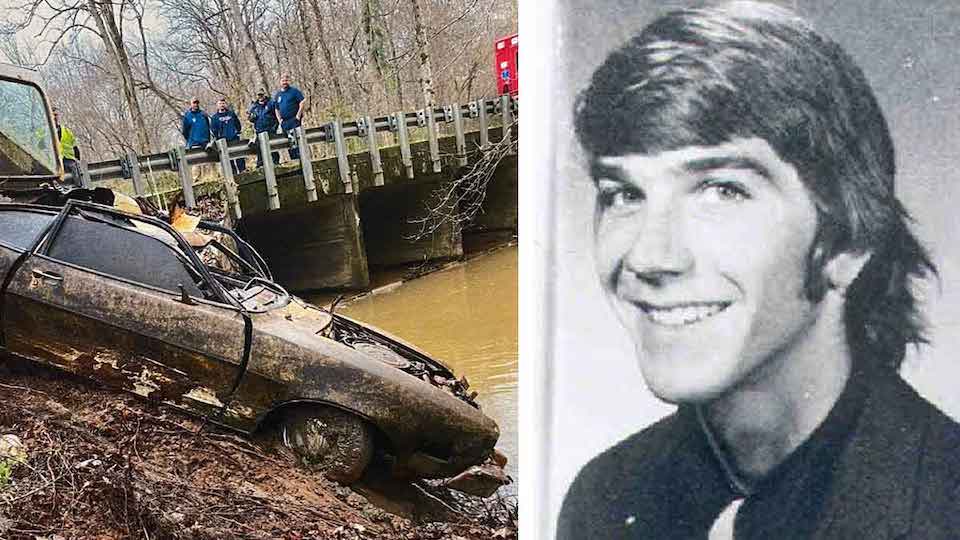 Skeletal remains found in submerged vehicle belonging to Auburn University student missing for 45 years On Wednesday, officials in Georgia announced a major break in the case of a missing Auburn University student. A vehicle belonging to Kyle Clinkscales, who had been missing since 1976, had been found. Remains, along with his wallet were located inside his two-door vehicle which was found submerged in a creek in LaFayette, Alabama.

The Georgie Bureau of Investigation will investigate the remains, which are believed to be human.

On January 27, 1976, Kyle left his job at the Moose Club, a bar, in his hometown of LaGrange, Georgia and was set to return to Auburn University in Alabama.

However, the 22-year-old never made it back to campus.

Despite always keeping in contact with his parents, his father initially believed he left everything behind because of his poor performance in school.

Kyle’s family nor the police ever gave up looking for him.

“For 45 years, we have looked for this young man and his car. We drained lakes. We looked here and looked there and it always turned out nothing,” Troup County Sheriff James Woodruff said.

On Tuesday, a man called 911 to report a car in an Alabama creek. Deputies from Chambers County responded and found a vehicle submerged in the water.

They pulled the car out and discovered it had a tag from Troup County. Deputies contacted officials there, and they were able to confirm the vehicle was a 1974 Ford Pinto Runabout.

A wallet with identifying information and skeletal remains were also located inside the vehicle.

Unfortunately, Kyle’s parents died without ever knowing what happened to their son. His father, who wrote a book about his disappearance, died in 2007, and Kyle’s mother died in 2021.

“It was always her hope that he would come home. Always our hope that we would find him for her,” the sheriff said.

But now officials are left with more questions that they hope to answer.

“How many bones they find? Do they find a skull? Something we can take to the crime lab and determine if there was foul play? Was he murdered and left there? Or did he run off the road and wreck there? Those are things we hope to discover,” Woodruff said.

The North Dakota Department of Health has released the North Dakota Tobacco Prevention and Control Dashboard, a new web-based dashboard created as a tobacco information resource for the public