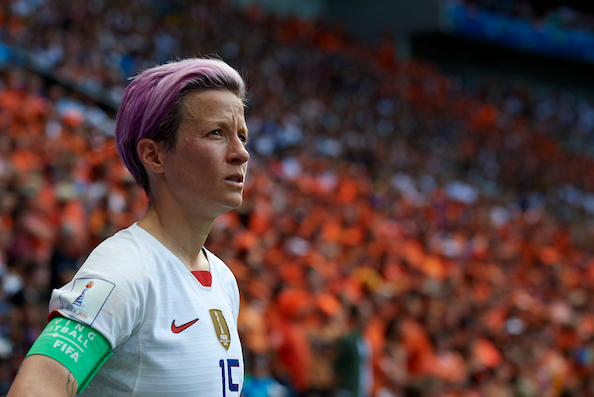 Zeta Global, a marketing research firm, polled Americans last week about the 2020 Olympics, asking them about their excitement levels for the upcoming Games.

“More than 60% of Americans were unable to express excitement or interest in the summer games, and at least 45% of Americans confirmed they are NOT looking forward to the games in any capacity,” Zeta Global found, leading them to predict that the 2020 Olympics will be the lowest watched Olympics of the 21st century.

The development isn’t a surprise considering many of the privileged “woke” athletes are using their platform on the world stage to bash America.

Meanwhile, another research group, Ipsos, conducted polling on Olympics enthusiasm by party affiliation and discovered that only 29% of Republicans are interested in watching the games, compared to 39% of Democrats. It also found that fewer than a third of Americans (32%) believe that Olympic athletes should be allowed to engage in political protests, including kneeling or wearing messages on their uniforms. Finally, Ipsos’ survey showed a majority of those polled feel that a positive performance from U.S. athletes generally makes them proud to be American.

So what happens when the athletes indicate that they aren’t proud to be Americans, and defy their fellow citizens’ wishes for a politics-free international sporting event, as the U.S. Women’s Soccer team did when they knelt in support of Black Lives Matter? Or as hammer-thrower Gwen Berry did when she turned her back on the American flag during the anthem?

The New York Post reports some experts believe it could drop to just 17 million — a disastrous figure compared to the 2012 London Olympics that averaged 30 million viewers and the poorly-rated 2016 Rio games that attracted 27 million.

The Hollywood Reporter asked in a headline, “Tokyo Olympics: How Far Will NBC’s TV Ratings Fall?”

The story goes on to explore cable cord-cutting as the primary factor that could make for a tough year for NBC, the primary broadcaster of the games. Other outlets, like Bloomberg, have focused on Covid and a lack of fans in the stands as the reason fewer families will be gathering to watch athletes bring home the gold. But that seems like willful disregarding of evidence that audiences feel a general lack of enthusiasm for the competitions this year. And the competitors.

Based on Ipsos and Zeta’s research, Outkick’s popular founder Clay Travis clearly spoke for many when he said, “It’s intriguing to see the U.S. women kneel before the game began. There’s going to be a lot of political analysis going on as it pertains to the Olympics this year. It’s going to be harder to enjoy, it’s going to be way more political than it has been in the past, and I think that is going to hurt the viewership.”

It’s particularly bad news for NBC as it is the network hoping to use the Olympics to draw subscribers to its new streaming platform, Peacock.