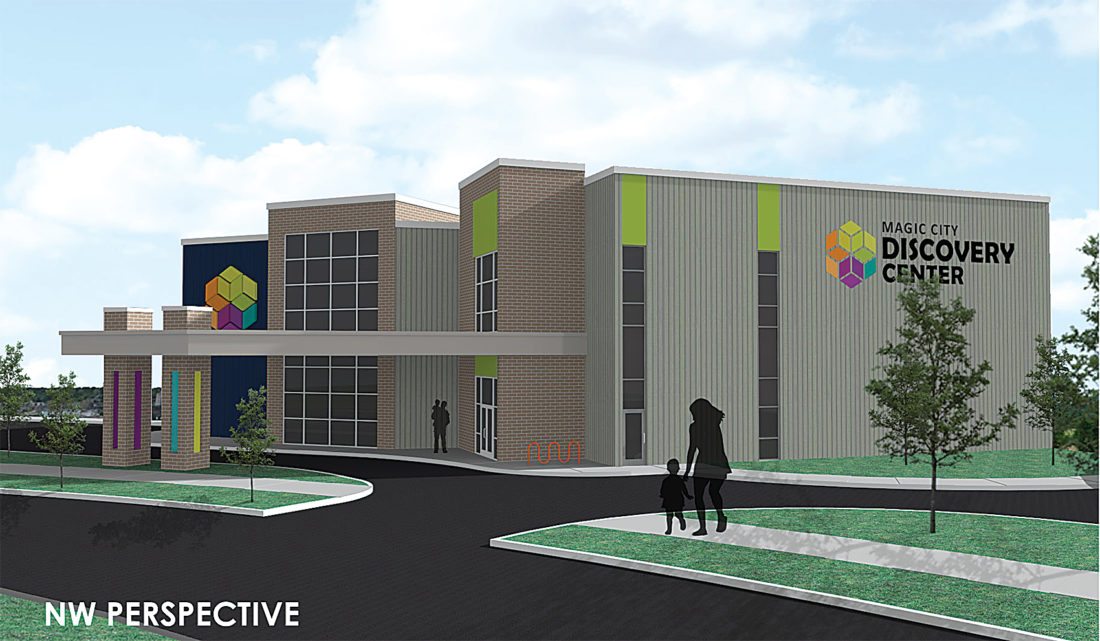 MINOT, N.D. – A last-minute legislative appropriation of $5.9 million will give Magic City Discovery Center visitors more to enjoy when the children’s museum/science center opens, which could happen by the end of 2022.

The appropriation was tucked into the funding bill of the Office of Management and Budget, the final bill passed during the session that finished just after midnight Friday morning, said Sen. Randy Burckhard, R-Minot.

The money will allow for development of a rooftop science and event center and additional outdoor activities as well as meet increased COVID-related expenses.

The initial goal of the center’s board was to complete $7 million to $10 million of work on two floors, but a $6 million grant through the Defense Community Infrastructure Pilot Program allowed for the completion of three floors of exhibits in a $14 million project. The state money provides for additional construction.

“We’ve had these enhancements that we wanted to do, and this will just allow us to do it now, when we open. We plan to open in a year and a half,” said Wendy Keller, discovery center executive director.

Construction is expected to begin later in May.

Liz Weeks, education and outreach director for the center, said the rooftop will allow for space observations and experiments with wind and weather.

“It’s going to give us an opportunity to make it a really cool venue for experimenting with those kinds of disciplines, and I just think the sky’s the limit as far as education goes,” Weeks said. “That’s the really the main intent of what we’re trying to do as a nonprofit is to get to the kids, and get the education, and this money is going to allow a lot more opportunity for that.”

Keller said the board’s limited plans for outdoor activities will be significantly expanded, with activities on the southeast and southwest sides of the building that will connect with Overlook Park.

“Even if we’re closed, there’ll be activities outside that people can participate in,” she said.

The museum/science center is being designed for children ages birth to 14. Keller said the center should generate income to cover 70% to 80% of its expenses, with the remainder coming from donors and sponsors.

Sens. Burckhard and Karen Krebsbach, R-Minot, had introduced an amendment for funding the discovery center at a Senate Appropriations Committee in mid-March during discussion on a Department of Public Instruction bill. Instead, it was included in the OMB bill at the end of the session. Although there was support for the project, it came down to whether funding was available in the closing days, Burckhard said.

The revenue forecast and the ability to fill emergency buckets appeared positive, enabling legislators to look favorably on an appropriation for a project that will have important educational and economic impact in the state, he said.

Another critical factor swaying legislators was the existing public-private partnership and the level of community buy-in that the discovery center already has, Burckhard said.

The appropriation is coming from state special funds rather than general fund tax dollars.

“We want to be responsible with the money that we’ve been, thankfully, given to do the right thing for the community and for the state and for the kids,” Weeks said. “Mainly, it’s the kids we want to touch the most, and the group of us have done huge research into how to make that happen in a responsible and efficient and beneficial way.”