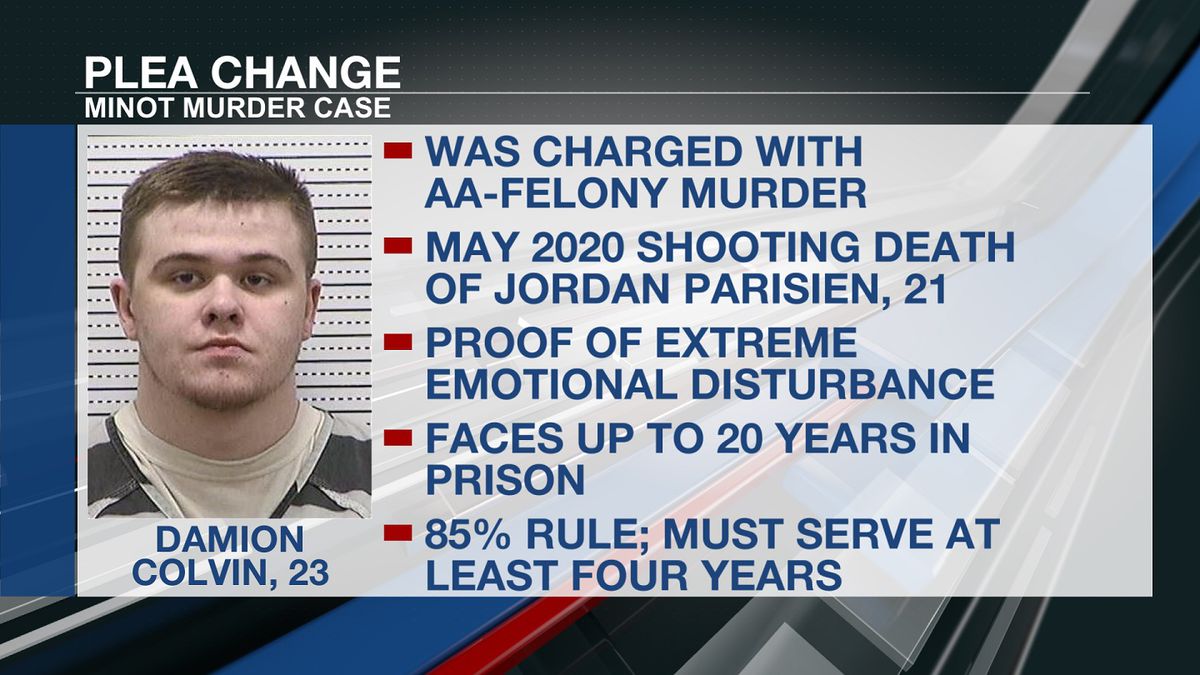 MINOT, N.D. – A 23-year-old man charged with murder in a fatal shooting in Minot last May has agreed to plead guilty to a lesser charge.

Prosecutors had charged Damion Colvin with AA-felony murder in the death of 21-year-old Jordan Parisien.

Colvin, who was scheduled to stand trial next week, pleaded guilty Monday to A-felony murder.

The defense indicated that they had proof of extreme emotional disturbance at the time of the incident, which is required to lower the charge to A-felony.

The judge accepted the guilty plea and ordered a pre-sentence investigation.

Colvin faces up to 20 years in prison on the A-felony charge. He would be required to serve 85% of the sentence, and will have to serve at least four years.

The judge ordered Colvin to remain in custody ahead of sentencing. He will be sentenced Sept. 17.