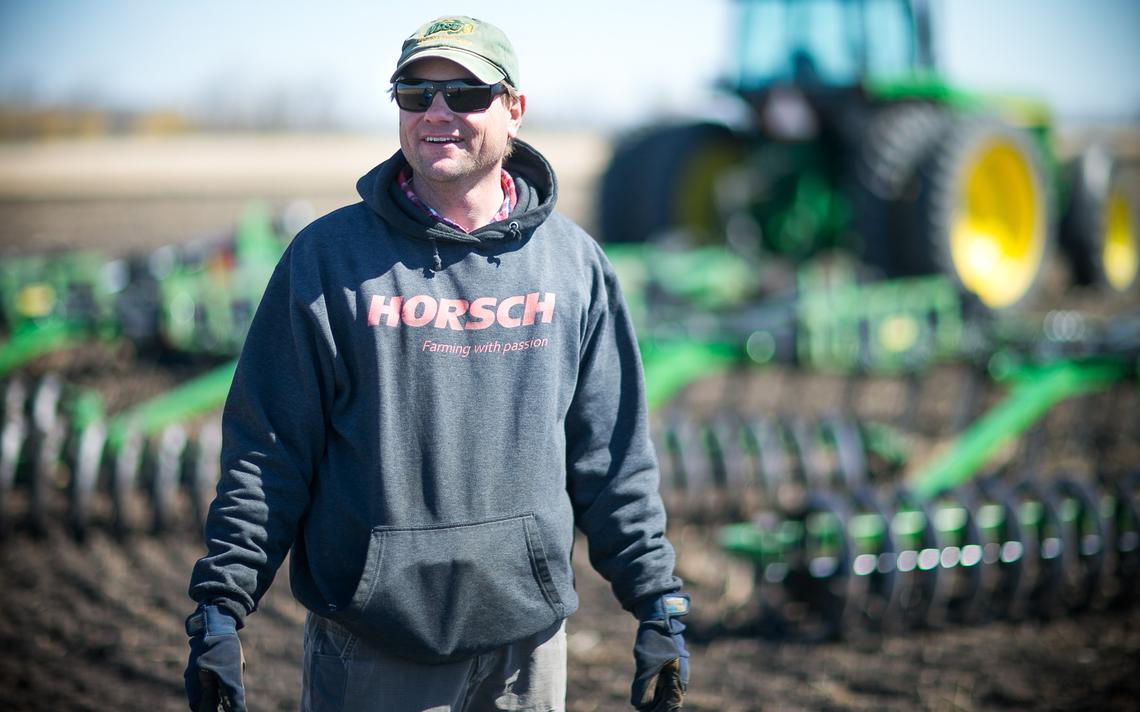 The Pisek farmer is nearly finished planting his wheat, and on an early May day was wheeling his 4760 John Deere tractor that was pulling a harrow-packer across a field to ready the ground for corn. With about 40% of Kadlec’s corn already planted, he is well ahead of last year’s planting pace.

Last spring, carryover moisture from the wet fall of 2019 left Kadlec’s fields sodden and too muddy to support equipment until late May.

“We didn’t really start planting until the 17th of May,” he said. “We were twiddling our thumbs a year ago.”

Kadlec planted his first field of wheat on April 5 this year, about six weeks earlier than last. This year, he finished seeding most of his wheat by the end of the month, except for a few low spots that remain too wet to plant.

“It’s nice to get going in April,“ Kadlec said. That hasn’t happened for a few years because there’s been too much moisture in the early spring.

This year, he and other farmers across North Dakota are concerned about too little moisture. Western Walsh County and the central part of the county, where Kadlec was planting his fields on Tuesday, May 4, generally still have adequate subsoil moisture. However, the moisture situation is more dire in other parts of central and most of eastern Walsh County, said Brad Brummond, NDSU Extension agricultural agent-Walsh County.

“That is where they’re really hurting,” Brummond said. “We really, really need rain.”

The dry conditions are especially concerning to livestock producers because there hasn’t been enough rain to get the pastures to grow, he said.

“The pastures are really tough. There aren’t many pastures out there that you couldn’t play pool on,” Brummond said.

“We’re going to need an inch or two of rain to kickstart the pastures. I think we could take two or three,” he said.

The last significant rain that fell on Kadlec’s fields was last August, he said. The rest of the fall and winter were dry, and spring so far, generally has followed suit.

He is hoping that an inch or 1.5 inches of rain will fall this month to help his recently planted wheat and corn fields, and the rest of the corn and all of the soybeans, edible beans and sunflowers he will plant in late May will need it to germinate.

Timely rains throughout the summer also will be essential.

Kadlec, who has been farming full-time since 1998, is used to the vagaries of the weather. In fact, monitoring the forecast and keeping track of details like soil temperatures – on May 4 it was 48 degrees – of his fields are reasons he enjoys his chosen career.

“I always knew I was going to farm,” he said. “There’s something always changing. You have the four seasons, the variety of business decisions, agronomic decisions, mechanical decisions, and then you’re watching the weather. You’re part of nature.”