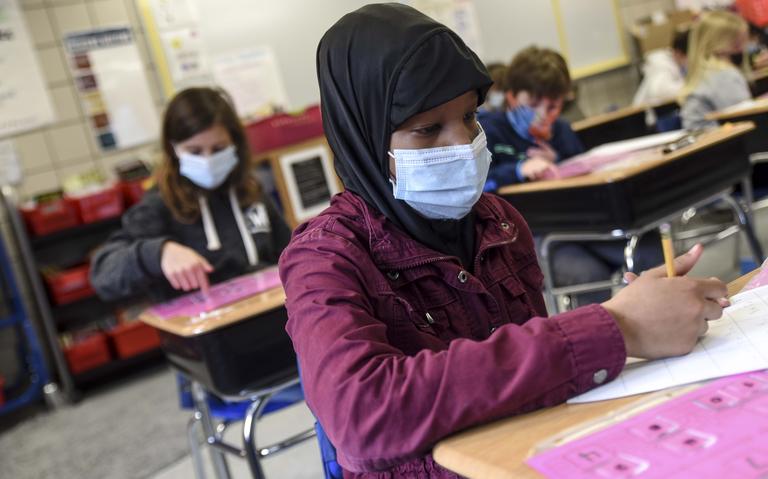 N.D. — A Wahpeton, N.D., elementary school teacher is on administrative leave as the school district investigates a possible “inappropriate” and “insensitive” classroom activity that happened during a discussion of the death of George Floyd.

That’s according to Superintendent Rick Jacobson, who said in a posting on the district’s website Friday morning, May 7, that the teacher involved will be on administrative leave until an investigation into the activity is completed. The district learned of the incident earlier this week, Jacobson said.

In a phone interview Friday morning, Jacobson said the incident was not part of the teacher’s lesson plan, but arose spontaneously when students were talking about former Minneapolis police officer Derek Chauvin’s murder conviction in Floyd’s death.

The discussion quickly progressed to where at least one student began to physically demonstrate the student’s understanding of how Floyd was handcuffed with his hands behind his back, at which point the teacher stopped the discussion, according to Jacobson.

“At that point, the teacher told the kids: ‘get off the floor.’ But by that time it had already gone on and it happened,” Jacobson said.

Though the activity was not part of the teacher’s lesson plan, Jacobson said it could have been a teachable moment had it been handled “in a more appropriate manner.”

The school district will release details about the investigation once it is complete, Jacobson said in the post.

Jacobson’s post on the district website said the incident in question might have been inappropriate and insensitive, “considering the current reality of the issues our country is currently dealing with.

“As a district, we do not support or tolerate any activity that would make students uncomfortable in the learning environment,” Jacobson said in the post, adding that although the incident may have happened some time ago, district officials were not aware of the incident until it was brought to their attention earlier this week.