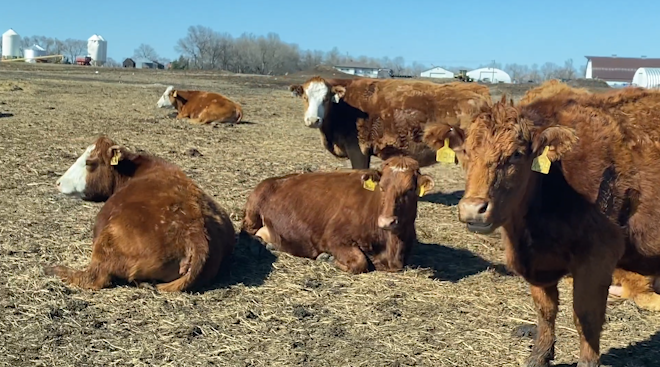 N.D. — A North Dakota man will serve four years in federal prison for moving stolen cattle across state lines and for bank fraud.

Glatt will serve a three year term supervised release on the two counts. He is also required to pay $1,839,846.30 in restitution and a $200 special assessment.

In court documents, Glatt is said to have told another man, “I believe I was just able to rob a bank without using a gun.

In 2014, Glatt took out a loan of $1.5 million from a North Dakota bank to purchase cattle and livestock-related supplies. The North Dakota bank obtained a security interest in the cattle, which were under Glatt’s custody. In addition, Glatt took custody of numerous individual’s cattle. According to the evidence, Glatt took affirmative steps to hide collateral and assets from the bank as well as from other victims. He fraudulently filed an agricultural statutory lien in another person’s name and transported the stolen cattle from North Dakota to South Dakota.

“The defendant took advantage of, and defrauded, both hard-working ranchers and a North Dakota financial institution,” Chase said in a statement. “The United States Attorney’s Office is committed to identifying, investigating, and prosecuting financial and agricultural based crimes.”

Chief Brand Inspector Blaine Northrop for the North Dakota Stockmen’s Association was the lead investigator on this case. He was joined by the Federal Bureau of Investigation and the Morton County Sheriff’s Department. The case was prosecuted by Assistant U.S. Attorneys Jonathan J. O’Konek and Eric Lundberg and Department of Justice Trial Attorney Joseph McFarlane.

“The Stockmen’s Association was founded to help put a stop to livestock theft,” explained NDSA President Jeff Schafer, a New Rockford, N.D., cow-calf producer and feeder. “More than nine decades later, protecting against livestock theft is still a pillar of what we do. We are proud to have worked this case along with our other law enforcement partners and are pleased to finally see some justice for the producers and bank who fell victim to Kelly Glatt.”