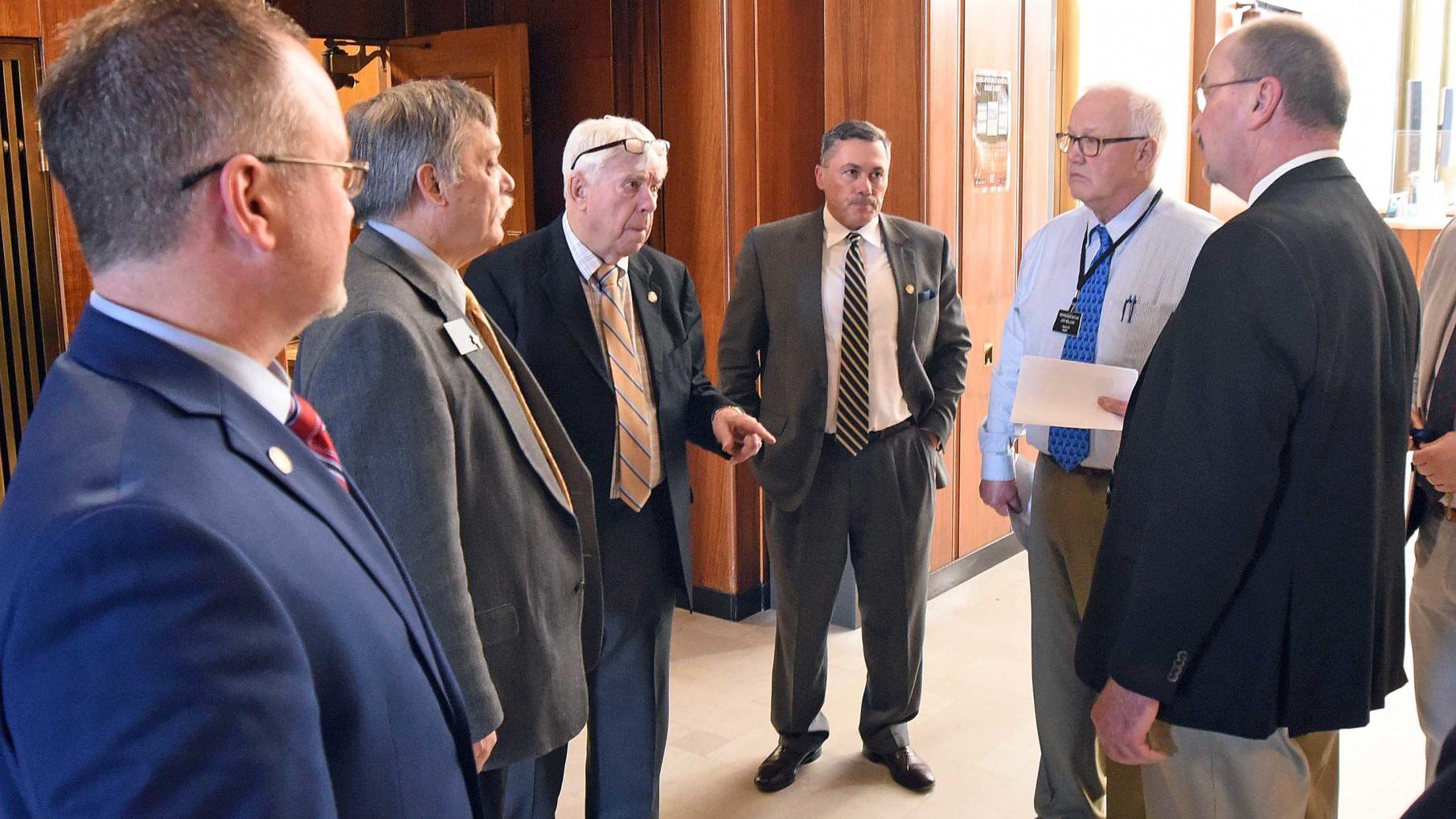 MINOT, N.D. – The 2021 North Dakota Legislature reached its finale early Friday in a session marked by a record-high state budget, the first expulsion of a lawmaker and coronavirus pandemic protocols.

Lawmakers adjourned sine die at 12:26 a.m. Friday with approval of the spending bill for the Office of Management and Budget, which also serves as the Legislature’s last-minute catchall measure.

Thursday was Day 76 for the Legislature, just short of the 80-day maximum set by the North Dakota Constitution. The Legislature will use the remaining days later in the year to approve new legislative districts.

The Republican-led Legislature has passed record-setting budgets in most of the past several sessions, but the spending plan for the next two-year budget cycle is particularly eye-popping, due in part to federal coronavirus aid.

As the session wound down Thursday, lawmakers were completing work on $17 billion, two-year budget, or almost $2.5 billion more than the current budget cycle that ends June 30.

The 2021-23 budget includes $5 billion in general fund spending, up from $4.8 billion in the current budget cycle. The state’s general fund is spent on an assortment of programs, including education and human services, and is financed mostly by state taxes on income, sales and energy.

While it’s hard to argue that the Legislature has been stingy with a taxpayer buck in recent years, it had shown little appetite for bonding and generally has funded projects with money on hand, instead of borrowing for them.

Republican Gov. Doug Burgum in the waning days of the session signed a landmark $680 million infrastructure bonding bill that will use earnings from North Dakota’s multibillion-dollar oil piggy bank to pay off the debt. The bipartisan bill that highlighted the session got wide support and represents the most amount of money borrowed in state history. The legislation allots three-quarters of the bond money for flood-control projects in Fargo and Minot.

In all, the Legislature added about 500 new laws — from allowing booze sales earlier on Sunday mornings to recognizing Juneteenth as a ceremonial holiday in the state. Juneteenth commemorates the end of slavery in the U.S.

Lawmakers approved a $13.5 million grant for Gateway to Science in Bismarck, among $23.9 million listed in the Department of Public Instruction budget as program and passthrough grants. The grant is from unspent 2019-21 K-12 funding.

This year also marked a longstanding power struggle between the Legislature and Burgum, who is now serving during his third session. Each chamber in the Legislature got the two-thirds majority needed to reject two of Burgum’s vetoes: a bill prohibiting state officials from mandating face coverings and another giving lawmakers more oversight on how federal funding is spent.

The Legislature also sustained a pair of Burgum’s vetoes, including one on a bill that would have restricted transgender girls from participating in public elementary and secondary school sports.

The governor defied threats of litigation by signing a measure aimed at shielding schools and teachers from lawsuits arising from posting the Ten Commandments in classrooms. Burgum’s endorsement came after attorneys and school officials warned the legislation is unconstitutional and would spur costly and unwinnable legal fights.

Burgum also signed a sheaf of pro-gun measures, including one that allows people to stand their ground and use whatever force necessary to protect themselves or their home.

Marring the session was the expulsion of Rep. Luke Simons, R-Dickinson, who was accused of threatening and sexually harassing women at the Capitol. It was the first time since statehood that a lawmaker has been expelled. The rancher and barber was accused of a pattern of sexually aggressive, lewd and threatening behavior. Simons denied wrongdoing and refused Republican leaders’ calls to resign.

House Assistant Majority Leader Scott Louser, R-Minot, was arrested for drunken driving toward the end of the session. He issued a statement apologizing and saying he was taking “the necessary next steps including an evaluation process.” He later pleaded not guilty through his attorney.