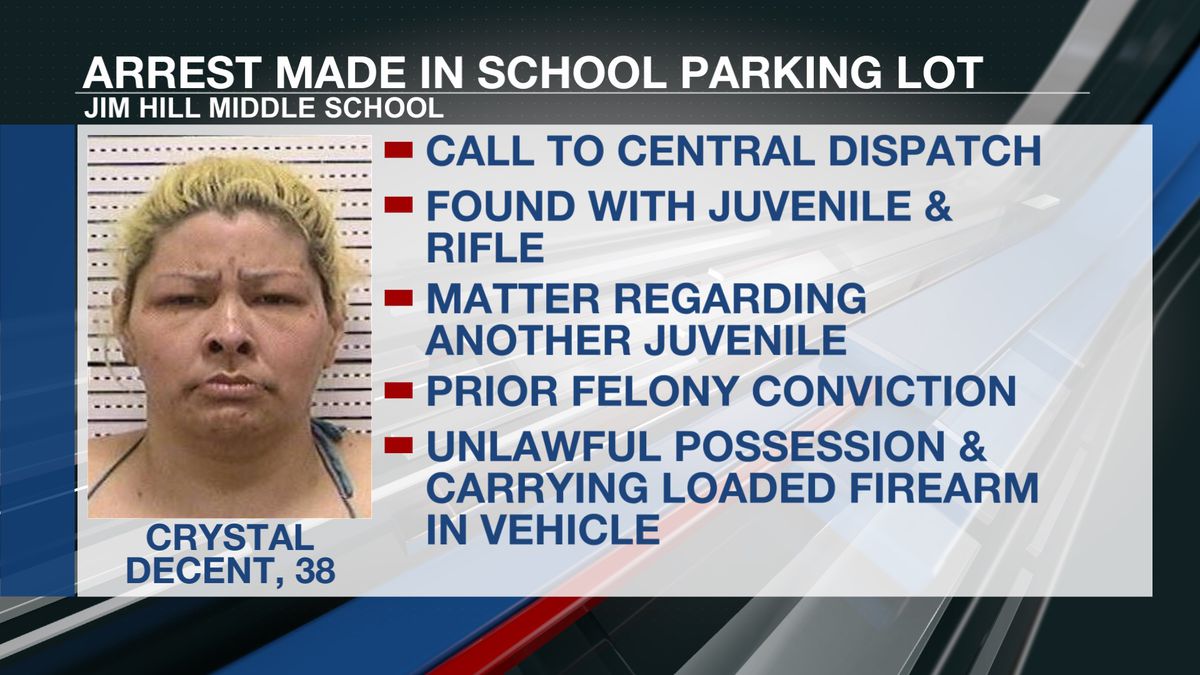 MINOT, N.D. – More details have emerged regarding the arrest of a woman in the parking lot of Jim Hill Middle School Thursday.

Investigators with the Ward County Sheriff’s Department said central dispatch received a call from a citizen who witnessed a woman load a rifle into a vehicle and quickly drive away.

Deputies located the woman in a vehicle in the parking lot of Jim Hill Middle School, where they found 38-year-old Crystal Decent sitting with a juvenile.

They also found a rifle inside of the vehicle and secured it.

Investigators said Decent was at the school for a matter pertaining to another juvenile.

The sheriff’s department said she has a prior felony conviction that prohibited her from having a firearm.

Decent is facing charges of including unlawful possession of a firearm and carrying a loaded firearm in a vehicle.

Police on the scene said after further investigation there was no threat of harm to students at the school.

The school district sent a message out to Jim Hill parents Thursday to tell them what happened.

A motive for why Decent was at the school has not been found.

Decent made her initial appearance on the charge Friday afternoon and will be arraigned June 24.

Local resident is accused of embezzling money from her employer in the amount of $8,470