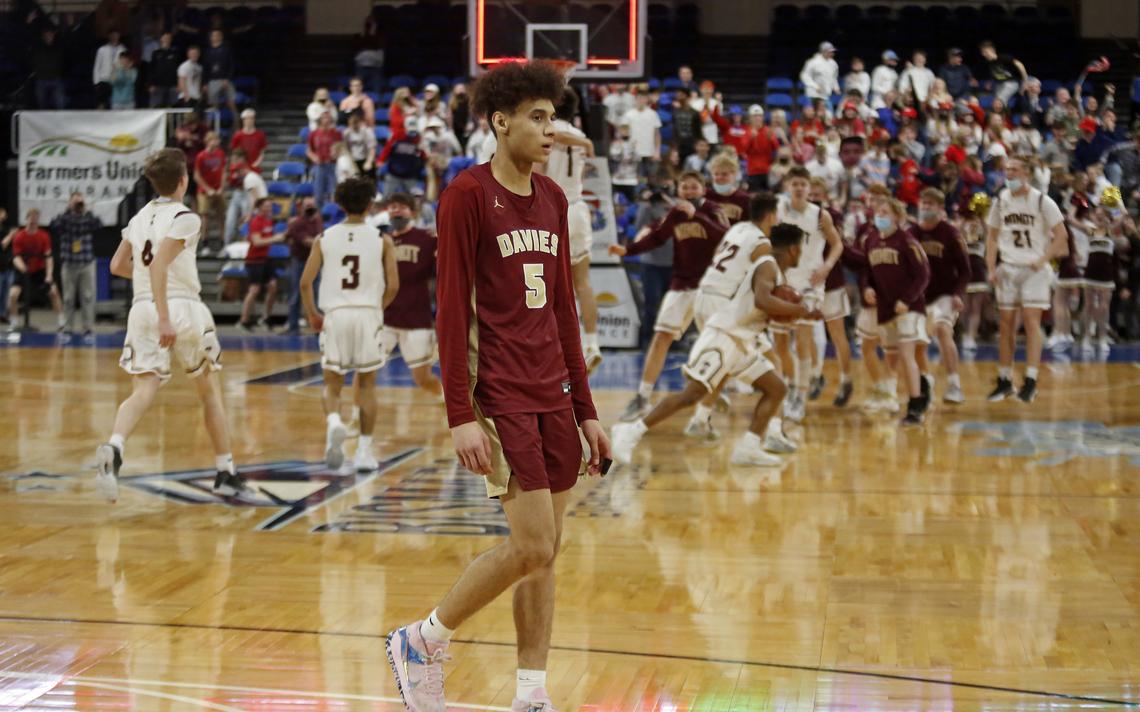 MINOT, N.D. – The opportunity to ride off into the sunset is a privilege few players in their respective sport receive, whether it comes in high school, college or in a professional league. The stars must align with respect to injuries, quality of the team, quality of the opposition, and the level of said player’s ability to help their squad reach its ultimate goal.

Minot High School’s Deonte’ Martinez came almost as close as one can to wrapping up his high school basketball career with a title. The 5’8″ senior led his team to a 23-2 record in the 2020-21 campaign that included just one regular-season defeat that came Jan. 8 to the Bismarck High Demons.

The Magi, initially picked to finish sixth in the Western Dakota Association, won the remaining 18 regular season games on their schedule before tearing through a postseason slate that featured a thrilling come-from-behind win in the state semifinal against Fargo Davies.

The West Fargo Packers proved a bit too much for Minot to handle, and the squad fell by a 65-60 score in the state championship game at the Bismarck Event Center March 14.

Martinez was as big of a component in the Magi’s success as anyone else, as the senior finished his final high school season as the team leader in points per game (21.6), assists per game (3.9), steals per game (1.2), and free throw percentage (76 percent).

He scored at least 20 points on 13 different occasions, and surpassed that mark in each of his first five games of the season. Martinez’s season-high came in Minot’s third game of the year, when he scored 34 points on 11-of-14 shooting and 12 makes from the charity stripe in 37 total minutes Dec. 19 against Dickinson High School.

“I think a lot of people didn’t think we were really good, and a goal of ours was to prove people wrong,” he said. “So it felt nice that even though we didn’t win, we knew we played our best basketball throughout the year and we were a lot better than people thought we were going to be.”

On the heels of a successful three-year high school career, Martinez has locked in his commitment to play basketball at the next level. He signed his National Letter of Intent May 2 to take his talents to join the basketball squad at Bismarck State University this fall. BSU is a four-year school that competes at the Division 1 level of the National Junior College Athletic Association.

Martinez began thinking about the next step in his basketball career roughly halfway through the season and started talking with the Mystics’ representatives, among others, around that time. Members of the program were also in attendance for select Magi basketball games as well.

“I think they have a good group of guys coming in next year, and the program’s heading in the right direction,” he reasoned for choosing Bismarck State. “I love the coaches and I toured the campus and it was a great campus too.”

Martinez is optimistic about the future of the program following a tough year for the Mystics, winning eight of their 22 games during the 2020-21 slate and averaging 83.7 points per game. Despite a disappointing record on the road, the Mystics fared much better in Bismarck, winning six of their 11 home games.

The incoming freshman guard plans to study management during his time at Bismarck State, and ultimately chose the program over Concordia University and Houghton College, a liberal arts college in Caneadea, New York.

Martinez is excited to have the opportunity to continue honing his craft and play at a higher level that will bring a new set of challenges, but in the same breath stressed how much his time with the Magi meant to him.

“I moved here my freshman year, and it was a goal of mine to play,” he recalled. “I played on the team as a sophomore and got to play in that program for three years. It really changed me a lot. I built a great relationship with the coaches and my teammates there, and it was a great experience.”