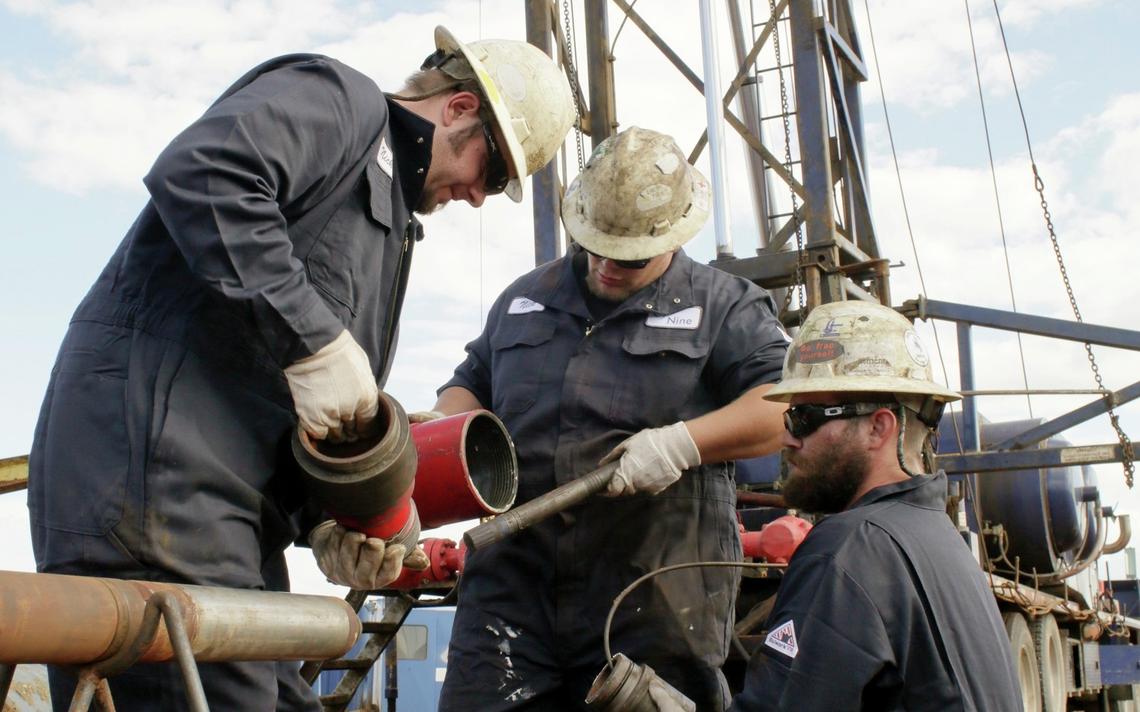 MINOT, N.D. — Whenever I read some new screed against oil – and there’s a lot of them right now as left-wingers rally around the supposedly moderate Joe Biden administration’s executive action assault on the domestic oil and gas industry — I imagine the author finishing their piece, submitting it, and then toddling off to the ready convenience of their automobile for a trip to the gas station and a fill-up.

It’s a confounding but oft-repeated bit of hypocrisy.

“Ignoring the future doesn’t postpone the end of the Oil Age,” writes my friend and fellow columnist Mike Jacobs.

“The inescapable conclusion is that the days of the Oil Age are numbered, and the countdown has begun,” he argues.

From the ideologue’s myopic view, I suppose that sort of statement makes sense until you realize that the days are numbered for every technology we use.

That’s as it should be.

Humanity’s great, redeeming strength is our bottomless ability to use invention and innovation to better our lives. We should always be looking for something better.

One day we will find an alternative, or many alternatives, to oil and gas. That’s progress.

The problem begins when the government and political forces attempt to force that progress for ideological, not economic, or scientific reasons.

New, I would remind you, is not always better.

Jacobs suggests that an oil-free future is just around the corner, but his evidence is wanting.

“Sales of electric cars have risen 45%, driven by consumer demands,” he writes.

Impressive growth, sure, but plug-in electric vehicles still accounted for just 1% of the 146 million vehicles purchased in the United States between 2011 and 2019. Even in California, the state where plug-in cars are most popular, registrations of all-electric vehicles amount to just 650 out of 100,000.

“The value of Tesla, the leading maker of electric cars, has grown to be 10 times greater than GM’s,” Jacobs proclaims, but stock values can be misleading (ask the folks at GameStop).

Tesla’s market capitalization was based on revenue of $28.2 billion last year. General Motors, on the other hand, had revenue of $116 billion. In 2020, Tesla delivered 499,550 globally while GM pumped out more than five million in just the American and Chinese markets alone.

We should also note that Tesla’s profits — more about $451 million in the first nine months of 2020 — wouldn’t exist but for subsidies the company receives from competitors.

Fourteen states, including California, require automakers to sell a certain amount of electric, hybrid electric, or other zero-emission vehicles. Since many automakers don’t make those sort of vehicles, or don’t make enough to meet the mandate, they instead comply by purchasing what’s called “regulatory credits” from Tesla.

Without these purchases mandated by the government, Tesla would be losing money.

Electric vehicles have a bright future — the coal industry thinks so, too — but it’s not here yet. Their range isn’t long enough (particularly in the cold weather our part of the world experiences), and their charge times are too lengthy to be practical for many Americans.

I believe that’s going to change in the coming years and, as it does, the market share electric vehicles enjoy will improve.

In the here and now — the present that people like Jacobs, for political reasons, are ignoring — our world runs on oil and gas.

From local columnists up to the new occupant of the White House, our friends on the left are so enamored with the potential of an oil-free future they forget what the present looks like. It’s not just about jobs created and maintained by the oil and gas industry (though they’re of supreme importance to our part of the world); it’s about the cost and quality of life for every American.

Pushing us away from oil and gas too quickly will make our energy supply lines less reliable and more expensive because the emerging technologies we’re being pushed toward aren’t ready for prime time yet.

At present, we need oil and gas.

We also need to build pipelines (like the Dakota Access Pipeline, which Jacobs falsely claims was “callously, even ruthlessly, imposed on the Standing Rock Sioux people” though not one inch of it was built on Standing Rock land) because they’re the safest way to transport the oil and gas every single one of us, from oil industry executives to the most rabid and violent anti-pipeline activist, are using every single day.

We may not always need oil and gas, but the time when we don’t probably won’t happen in our lifetime of anyone alive today.