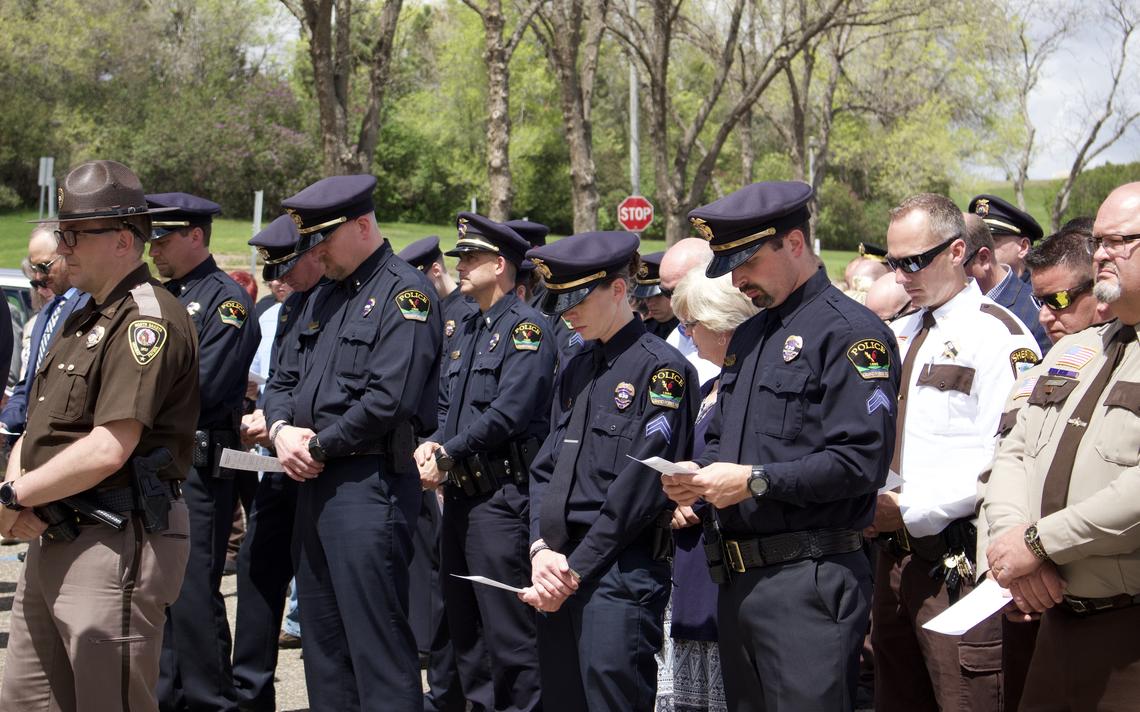 BISMARCK, N.D. — Dozens of fallen law enforcement officers were honored on Thursday, May 13, in Bismarck as part of an afternoon of events to recognize North Dakota officers who have died in the line of duty.

State and local police officers gathered on the Capitol grounds in front of the North Dakota Peace Officer Memorial to honor and remember the state’s 65 officers who have died on the job. Relatives of the fallen officers were present, including the family of Grand Forks Police Officer Cody Holte who died in May 2020 in an exchange of gunfire.

Grand Forks Police Chief Mark Nelson told the crowd at the memorial service that May 27, 2020 — the day Holte died — will forever be etched into the memory of his department and law enforcement statewide.

“We’ve experienced the full spectrum of emotions but ultimately have come out stronger,” Nelson said. “To say this past year has been challenging for me personally, the Grand Forks Police Department and the law enforcement profession as a whole would be a gross understatement.”

Gov. Doug Burgum has declared May 9-15 as Police Week in North Dakota and Saturday, May 15, as Peace Officers Memorial Day.

“The courageous men and women of North Dakota’s law enforcement agencies provide a vital public service in safeguarding the rights and freedoms of our citizens,” Burgum said in his declaration. “We honor the memory of those heroes who have fallen in the line of duty and recognize all those who put themselves at risk every day.”

On Thursday evening, two of the state Capitol’s 19 floors were to be lit in blue to display a thin blue line in support of law enforcement, Stenehjem said.

Before Thursday’s memorial service, dozens of law enforcement vehicles met at the North Dakota Veterans Cemetery and paraded through Mandan and Bismarck to remember fallen officers and veterans.

In remembering his fellow officer, Nelson said Holte served in law enforcement so “someone else doesn’t have to.”

“I stand here today with a renewed faith — a faith that regardless of all the turmoil in the world, there are still people ready and willing to answer the call and lay it all out on the line,” the chief said.