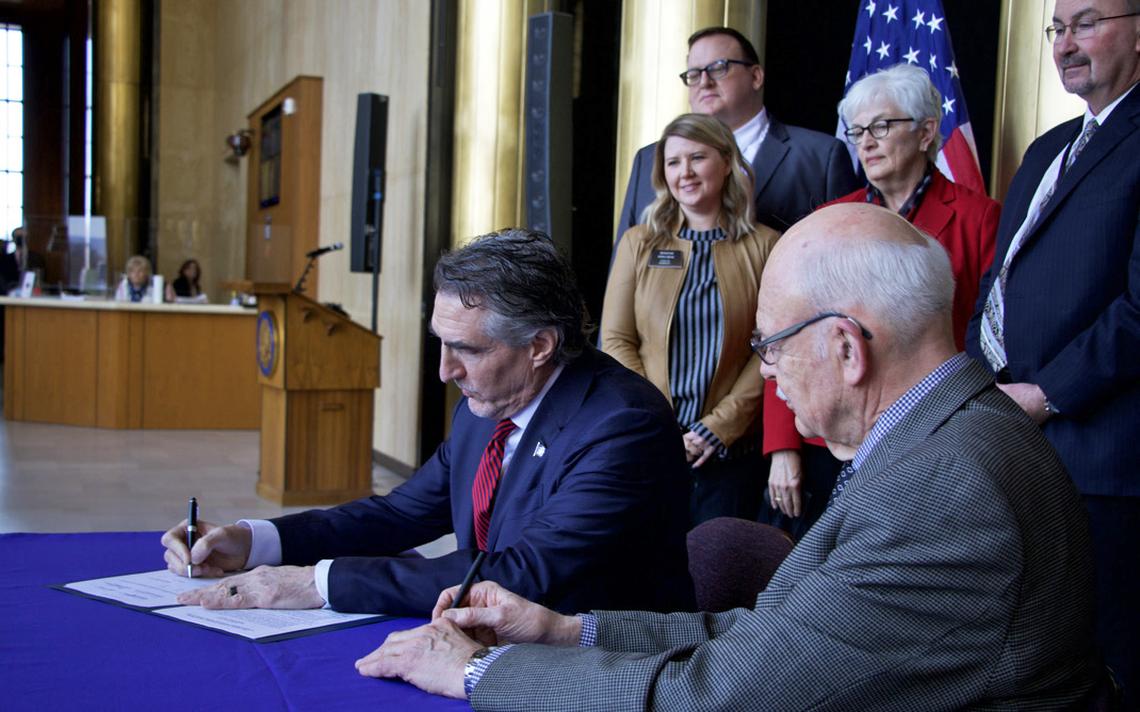 BISMARCK, N.D. – After months of negotiations and speculation, the bonding battle is over.

The bill was called a bipartisan effort and a bill in progress for a long time.

Burgum and supporting lawmakers said the low interest rates on repayments made this a good time for a major bonding initiative.

The bonds will also support local infrastructure projects and construction of a new agriculture center on NDSU’s campus.

“We are sending a strong, strong message not just to North Dakotans, but to the rest of the country and the rest of the world that we in North Dakota believe we have a bright future. We believe we are going to emerge from this stronger than ever; that we’re willing to invest in ourselves,” Gov. Doug Burgum, R-N.D., said.

While the bill is among the largest projects passed this session, it could have been much larger.

In December 2020, there were three proposed options for infrastructure projects.

Burgum proposed a $1.25 billion plan in his executive budget leading up to session. State Democrats called for a $2 billion plan.

Even within the Republican Party, there was back-and-forth over how big the bonding bill should be.

The bill that passed was the smallest of the three options, and was reduced from $1.1 billion to $680 million.