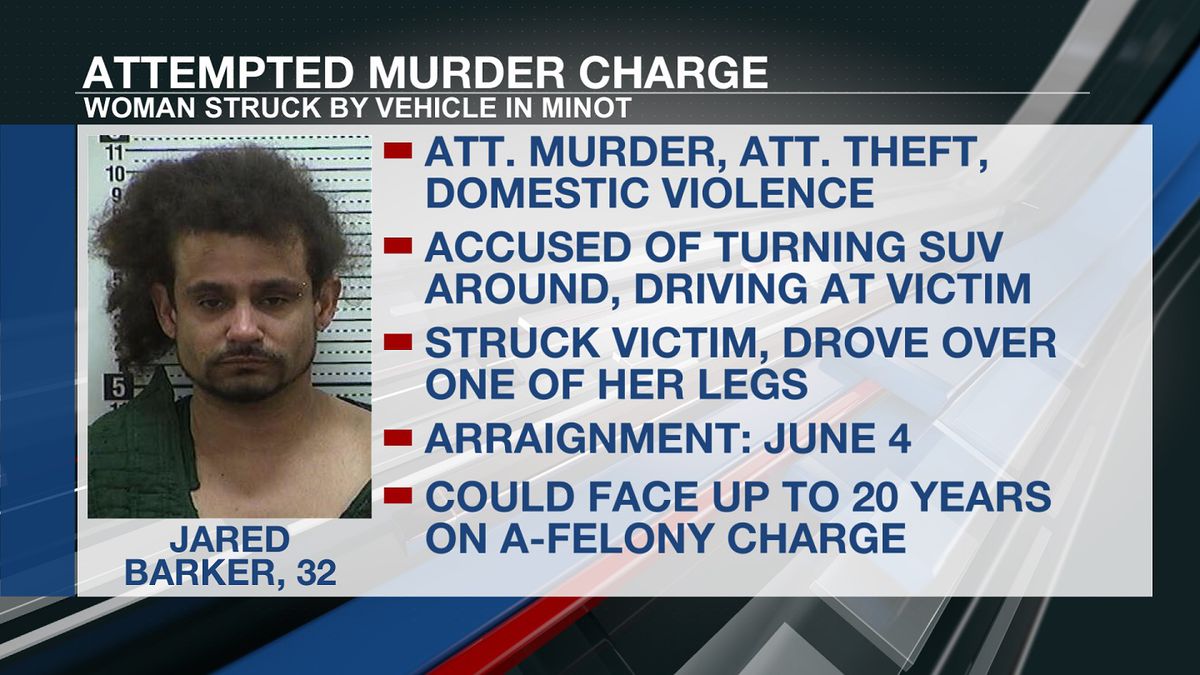 MINOT, N.D. – A 32-year-old Minot man is in jail on charges he struck a woman with an SUV and drove over one of her legs early Tuesday morning.

According to the criminal affidavit, a Ward County deputy arrived on scene shortly after 3 a.m. Investigators said the victim told them that following an argument with Barker, he grabbed keys to the SUV, started driving away, then turned around and drove toward the victim, striking her.

As she fell, the affidavit indicates the rear passenger tire drove over one of her legs.

The attempted theft charge came from the SUV, valued at more than $11,000.

Barker will be arraigned June 4. He faces up to 20 years in prison if convicted on the A-felony attempted murder charge.