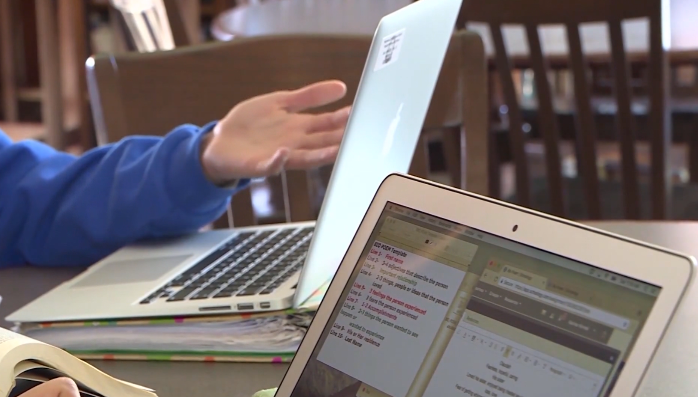 A Minot woman is opening up about her diagnosis of early-onset Parkinson’s.

“They hear Parkinson’s and they think hand tremors and Michael J. Fox. That’s all I thought of Parkinson’s when I first heard about it,” said Holly Jacobs.

Jacobs was diagnosed on Valentine’s Day in 2014. She was just 44 years old.

She was experiencing weakness in her arm and some trembling in one of her fingers and her symptoms slowly started to get worse.

“There were days I had to like literally pull over halfway home and call my husband to come get me. I didn’t have the energy to drive the rest of the way home,” Jacobs said.

Now, seven years later, she says she has memory issues as well as stuttering and tremors on the right side of her body, from her ears to her toes.

“It’s like a severe case of hypothermia that never goes away,” Jacobs said.

She adds that the medication she and other women take isn’t all that effective.

“We all have the same name of symptoms, but we each experience it differently. We’re each unique but women are more unique because the medicine doesn’t, once a month, doesn’t work. So you could take your medicine, but you still get all the symptoms and sometimes even worse,” said Jacobs.

Jacobs says in the last couple of years, she’s wanted to find more support groups for other women living with the disease and for women who are caring for someone with it, too.

So, she created the group Shakin’ Parkinson’s Up.

“It feels like a proud mama. I want to be an advocate for Parkinson’s in the community but I also want to be that person they call up and say, ‘Can I have a cup of coffee with you and talk things over?’” Jacobs said.

With Parkinson’s Awareness Month coming up in April, she started the Legacy Project.

She encourages people to share pictures of themselves and some of their favorite memories. The winner will receive a book, a photoshoot and a few other surprises.

She hopes people who are diagnosed with Parkinson’s can find some positivity.

“Parkinson’s doesn’t have me, but I still have it. So, we have to figure out how to live happily together,” Jacobs said.