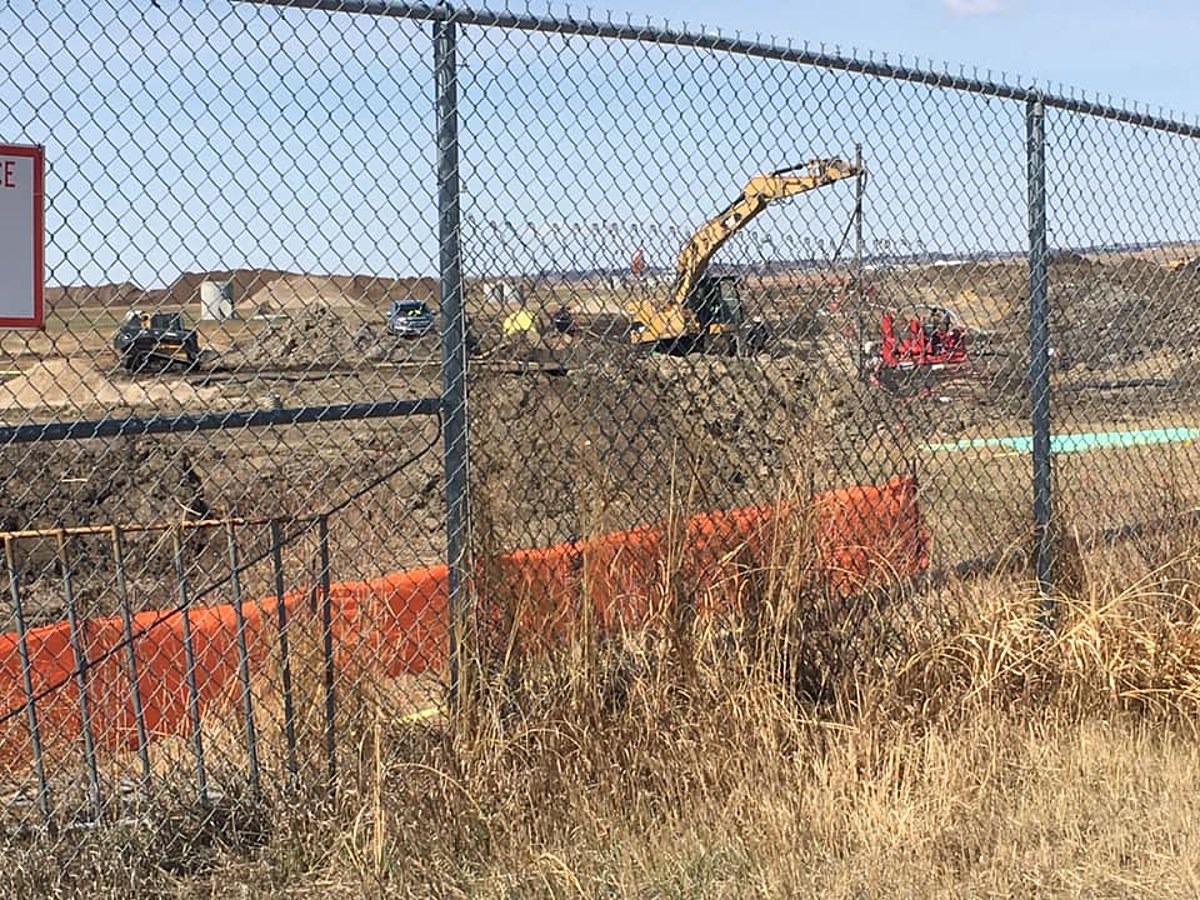 BISMARCK, N.D. – If  you’ve driven around the Bismarck Airport on Yegen road, you may have noticed a lot of commotion going on just inside the fence at the Lincoln Road intersection.  This work actually started last spring.

At first, I thought they were building some sort of structure, with concrete walls going up, but it’s actually a little more in depth than that.  The Bismarck Airport actually received a 12.4 million dollar grant from the Federal Aviation Administration for this project.  The grant funds will be used for water management improvements and wetland mitigation, including a new drainage system.  You see, birds and aircraft do not mix.  Just one Canada goose, finding it’s way into an engine of an aircraft can bring it down.

This grant enables the Bismarck Airport to continue to perform much needed drainage improvements, which will reduce wildlife attractants and move ground water away from the new runway and airport, according to a press release from Greg Haug, the Bismarck Airport Director.

This project includes a lift station, a deep storm water drain pipe and surface drainage improvements.  This will move water from the airport wetlands into the nearby Apple Creek drainage system.  The Bismarck Airport land sits on a very high water table area.  This project will help drain away the negative effects that wetlands have on airports.

I remember landing at the Fargo’s Hector Airport a few years back, we almost flew into a potential dangerous situation.   As we were descending on the runway, all of sudden the plane took a hard left turn and began climbing again.  I looked out my window to see a flock of Canada geese that we almost landed on.  That could’ve had dire consequences.