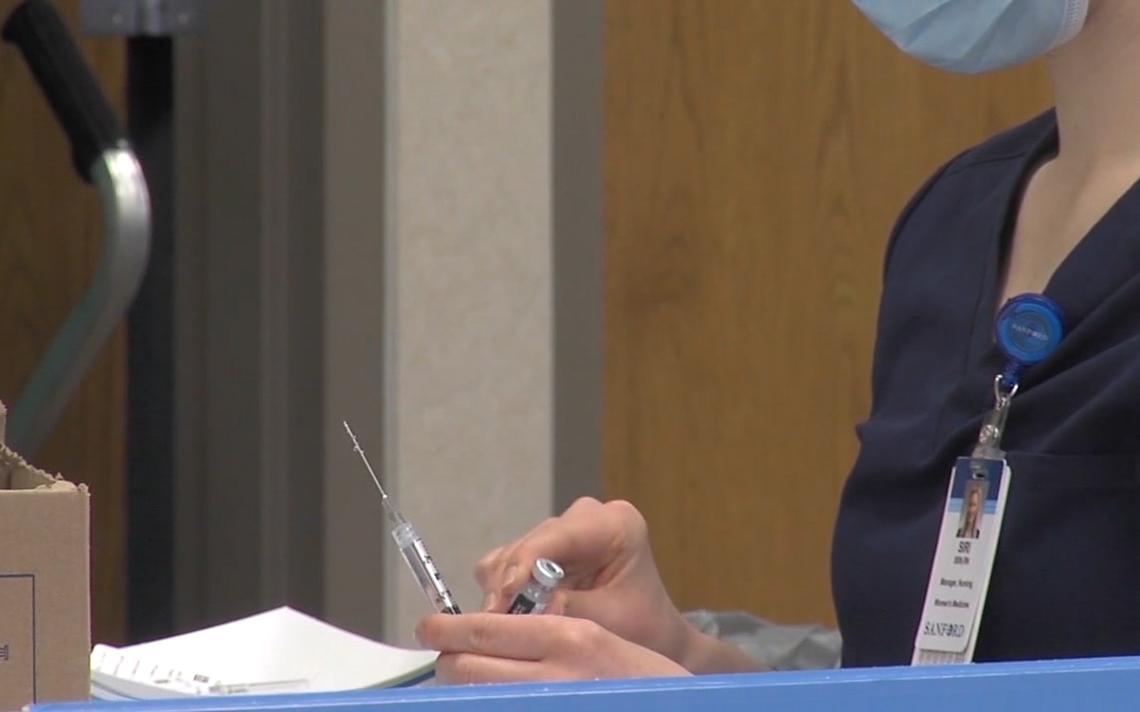 It can be tough to tell, given how our national news media, elected leaders, and public health officials are still talking.

“The health expert class appears terrified of declaring good news, lest Americans throw all caution to the wind and start holding ‘let’s cough in each other’s faces’ parties,” writes Jim Geraghty. “Government officials are reluctant to declare good news, because this would mean giving up some of the far-reaching powers they’ve gained during the crisis – or it would mean acknowledging, as Michigan governor Gretchen Whitmer said this week, ‘policy change alone won’t change the tide.’ And some journalists don’t want to acknowledge good news because a sense of crisis is good for ratings, traffic, and readership.”

All American adults are eligible for the COVID-19 vaccines. About half have had at least one shot, including the bulk of our most vulnerable citizens. Those still living without the shot tend to be younger and healthier.

The impact of the vaccine is showing up in the statistics, including here in North Dakota. Our number of active cases saw a slight bump earlier this spring, as the state rolled back restrictions, including mask mandates, but that increase seems to have plateaued.

With the trend heading down, the active case count is threatening to go back under 1,000 after being north of 10,000 late last year.

Meanwhile, hospitalizations also saw a bump in numbers this spring, but that also has begun trending down again. As of this morning, the count sits at just 35, down from nearly 400 at the peak of the pandemic.

(By the way, you’d have to search pretty hard to find a bigger critical of former President Donald Trump than me, but his administration does deserve an enormous amount of credit for facilitating the development of the COVID-19 vaccines.)

We still have some challenges in front of us. The number of people suffering from COVID-19 in our state, including those getting hospitalized and dying, is still not zero.

Also, the vaccination rate has been slowing, as I discussed with ND Department of Health vaccination program manager Molly Howell on a recent episode of Plain Talk Live.

We have to figure out how to win over those hesitant about getting the vaccine.

But those things aside, it’s time for our discussions and debates around COVID-19 to recognize the fact that we’re winning.

Barring some new development, we’re past the worst of this thing, and it’s ok to start acting like it.

We can start backing off some of the mask requirements to the extent they still exist in our area. What precautions and restrictions are still in place can probably begin to sunset, too. Or, at least, we can begin the discussions about their sunset.

We must do this. In a society where political and social divisions have already undermined trust in government and the news media, we can’t afford further erosion inspired by an unwillingness to let go of the doom-and-gloom attitude about COVID-19.

Coverage of something like the COVID-19 pandemic should always be rooted in reality. Last year, and earlier this year, that meant a willingness to acknowledge some gruesome realities, even when they were inconvenient. But right now, it also has to mean admitting when that things are not only significantly better than they were, but improving daily.