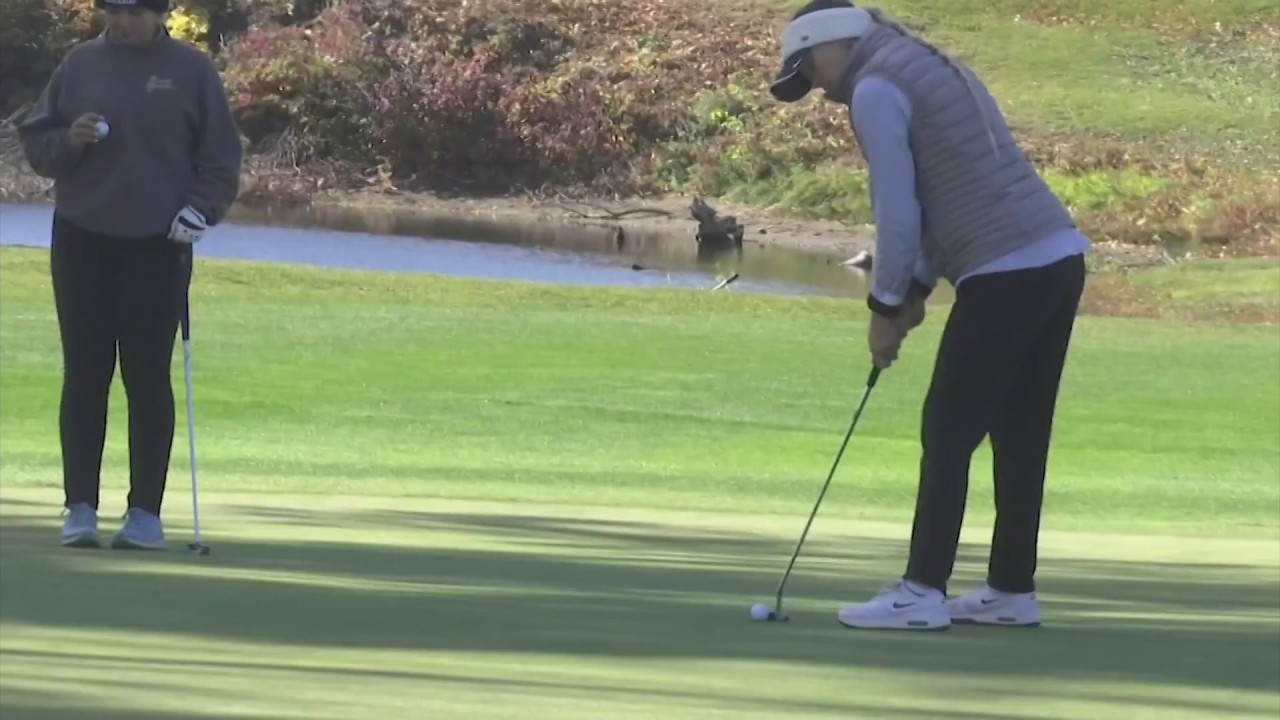 MINOT, N.D. – Minot was the host to the one day WDA Girl’s Golf Championship Tournament, where Century took home it’s fourth title in a row.

Three of the top five placers on the individual side came from Century, with Riley Crothers finishing second.

The medalist ended up being Williston’s Carrie Carmichael, winning her second tournament in a row, and her first ever WDA individual title.

“It feels really great,” says Carmichael. “I have been struggling throughout the whole season trying to get a win and I just trying to hit it in the fairways and just play safe today.”

“The girls have worked extremely hard all season and this is evidence of that for sure,” says Century head coach Jeff Rasmussen. “Coming down they had collectively as a team they had their best tournament of the year today, so I think that hard work is really paying off and its a big kudos to the girls. A testament to their hard work so it’s awesome and I am very happy for them.”

Blue Jays fifth at WDA, headed back to state

Dickinson competes with state’s best at meet in Minot