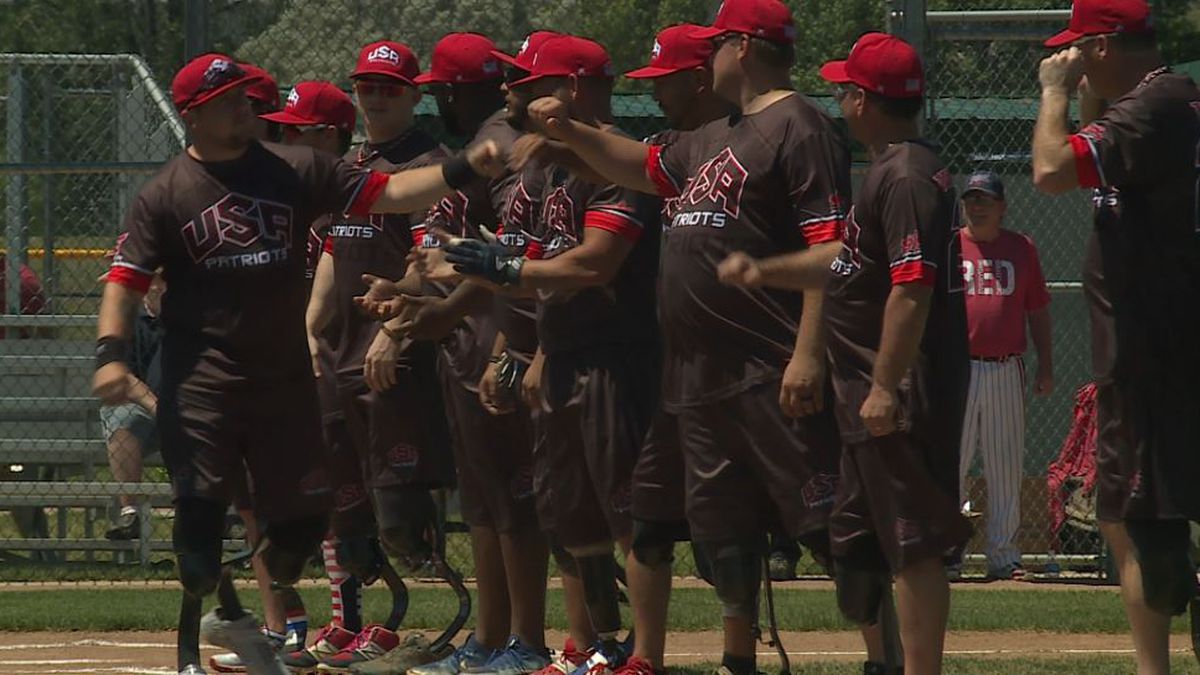 MINOT, N.D. – Saturday’s softball action in the Magic City was about much more than scoring runs. The USA Patriots raised funds for their kids camp.

“We have a motto that life without limbs is limitless and we kind of have to live by that, so we like to translate that through the camp and show them that life really is limitless,” said Saul Monroy, Patriots shortstop.

Formally known as the Wounded Warrior Amputee Softball Team, these athletes faced off with the Minot Shiner Bock team and a squad of Police Officers and Firefighters at Jack Hoeven Baseball Complex.

“They welcomed us with open arms. The community is amazing. They’ve showed us love since we’ve been here. It’s just been great,” said Monroy.

“We’re just kind of getting going with summer sports with golf and we want to branch out into several other things like fishing,” said Drew Hanson, Prairie Grit Fundraising Director.

A day of softball for great causes.

The Patriots also met Prairie Grit athletes and Minot Dream Catchers for a game of catch earlier in the afternoon.