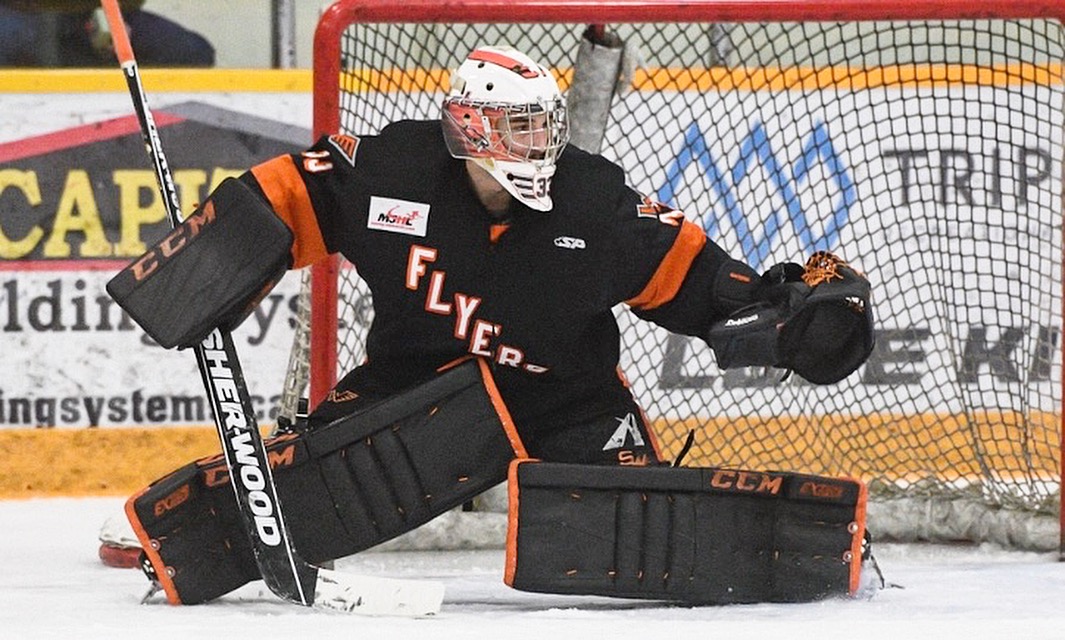 MINOT, N.D. – Troy Martyniuk said there’s no time off when training to goaltend for the defending national champions.

“It’s just preparation every day. You come to the rink, you do your job, and you just work on it all the time,” said Martyniuk, sophomore goaltender.

Martyniuk is helping to take over for Josh Bykowski and Holden Kurtz in this year’s lineup, which also features goalies Chad Duran and Riley Wallace.

“He’s done a great job coming in and filling the void. Minot State Beaver Hockey goaltending is set up in a very good position for the future,” said Blake Fournier, senior captain.

Martyniuk is shorter than his Minot State predecessors, but his head coach said he likes how he plays the position.

“He crowds the bottom of the ice. He’s very athletic, and he uses his flexibility as his biggest asset. If he gets himself into trouble, he can laterally make those saves and bail himself out,” said Wade Regier, head coach.

There’s high standards in the Beavers program, and Martyniuk said he’s ready to do his part to get back to the top.

“It definitely fires our room up. It brings us to the rink, and leads to good competition in practice. We have one thing on our mind, and that’s a National Championship,” said Martyniuk.