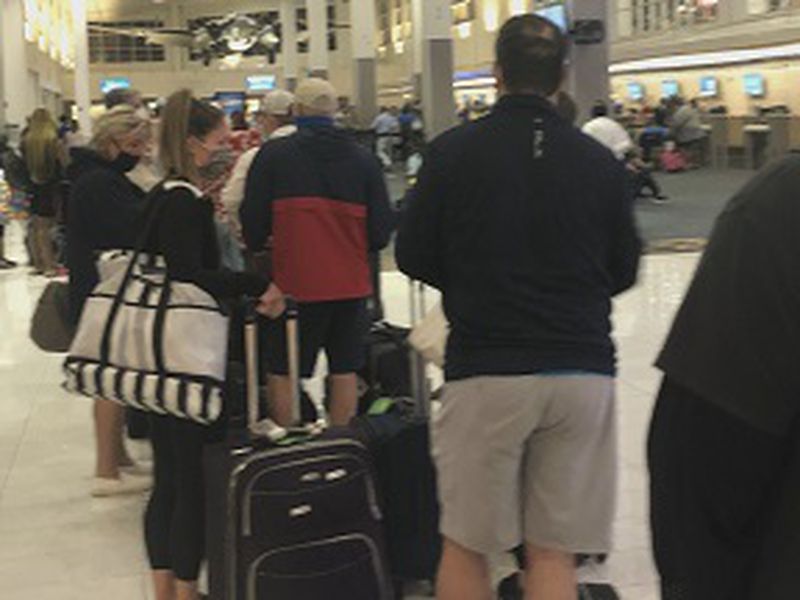 It took a village to get one group of friends, which started as strangers, back north.

When Lisa and Wayne Piche packed their bags for the sunshine state, they only planned to be gone for a week. Little did they know, they were in for an extended stay and a travel nightmare.

“We were given no information, except your flight is canceled and to see a ticket agent,” Lisa says.

“Allegiant’s last flight of the season from Clearwater to Fargo was canceled without warning. Allegiant blamed it on the weather. It left hundreds, including Lisa and Wayne, stranded. Catching another flight home didn’t get any better.

“Now what are we going to do?” Wayne says.

“After a second canceled flight, the couple took matters into their own hands. Renting a car, and inviting two strangers from Fargo, to join them on what would become a 28-hour trek home.

“Once we got in the car and got going, at least we felt like we were in control,” Wayne says. “We were on our way home and we weren’t stuck somewhere.”

Something Blaine LeNoir and his wife, also from Grand Forks and also a part of the troubled travelers’ group, wish they’d thought of. They’re slowly making their way home, getting as far as Minneapolis when we talked to Blaine.

In the end, three days and five canceled or delayed flights later, the rest of the Red River Valley gang is back home and will be for a while.

Blaine and his wife, Heather, did finally make it home. For their part in all of this, Allegiant Airlines is giving travel vouchers to those who had their flights canceled, which will be good for another Allegiant flight.