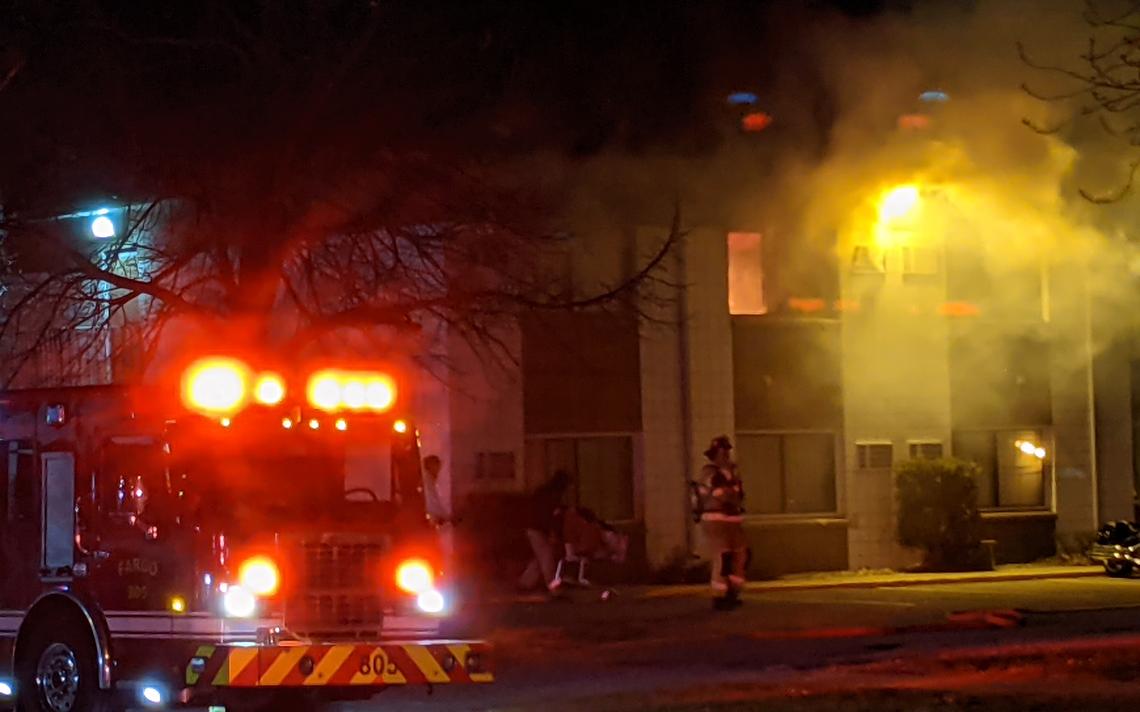 The fire was at the Grand Inn Hotel. All occupants evacuated the building on their own, with no individuals found in the building.

According to the Fargo Fire Department, there was fire venting through a window of a second floor room that was completely involved. A second alarm was called because of the potential for a large number of rescues.

Fire damage was limited to a single room and smoke damage seems to be limited to the adjoining room on each side, according to the report. Almost all contents were consumed in the fire, with initial costs to repair the damage estimated at $25,000. Occupants will return to the building after fire crews complete their work.

The cause of the fire remains under investigation.

FPD respond to motorcycle vs. car crash in N. Fargo