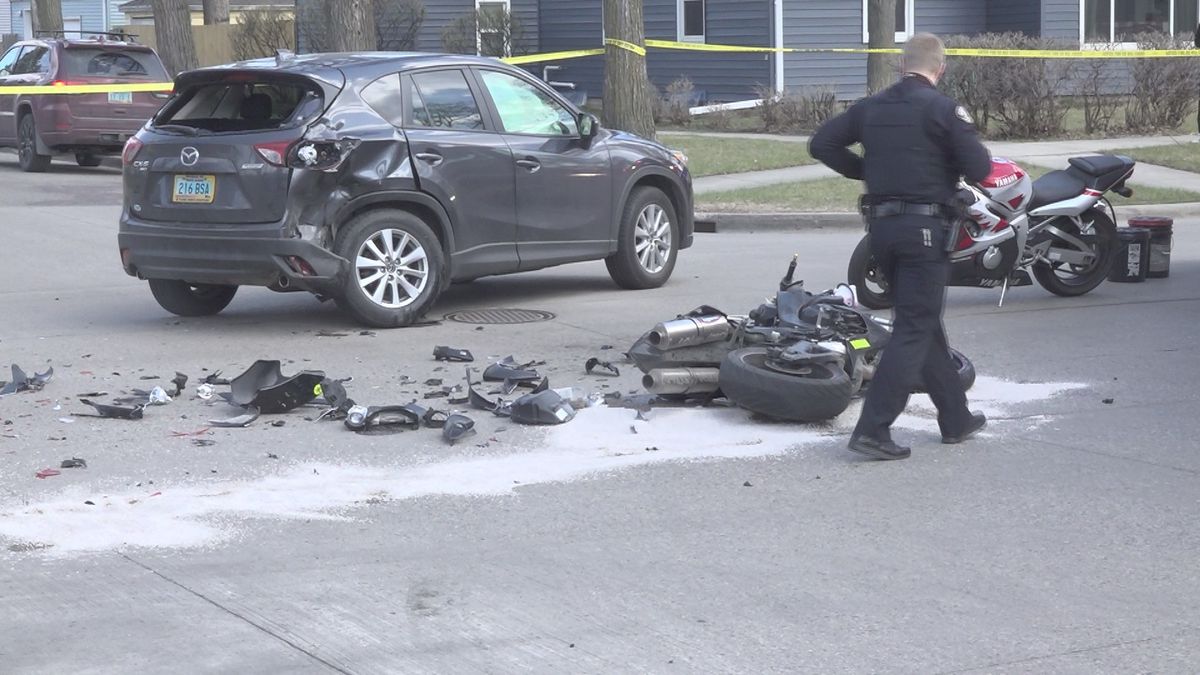 FARGO, N.D. – Fargo Police and Fire Departments responded to an accident in North Fargo at the intersection of 10th St. and 15th Ave. The crash involved two motorcycles and a car according to an officer at the scene, two people were sent to the hospital.

The two people that were sent to the hospital were on the motorcycle.

There is an ongoing investigation and more information will be provided later by FPD.