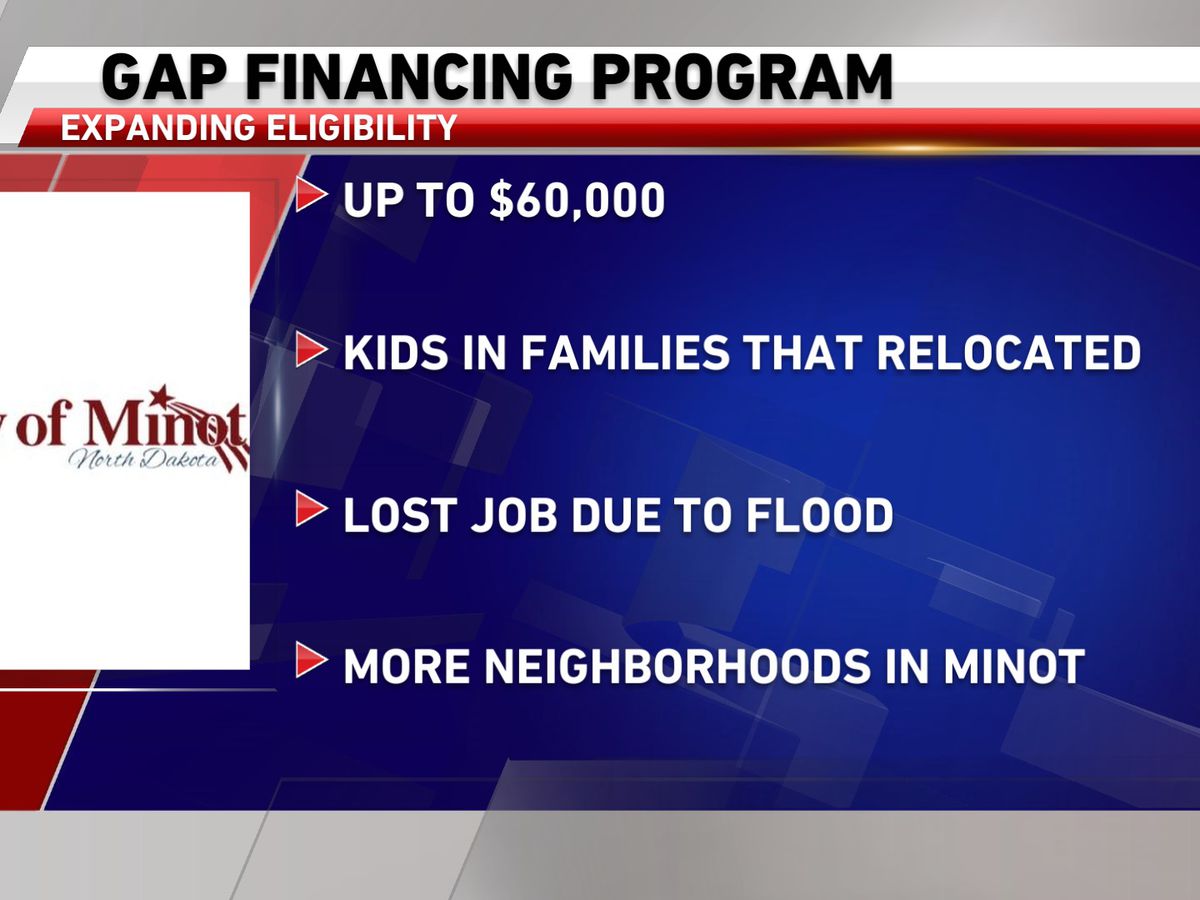 MINOT, N.D. – The city of Minot is expanding the eligibility for a program that assists low and moderate income families impacted by the 2011 flood.

The GAP financing program is funded through Housing and Urban Development. It provides up to $60,000 in loans that can be forgiven to residents in order to relocate from a home damaged in the flood or to relocate within Minot outside of flood zone areas.

The program will also expand to include more neighborhoods in Minot that did not previously fit the standards required by HUD.

“We want to continue to use this as a resource to help them, which is why we are expanding eligibility on both where you can buy houses and who is eligible,” said Minot National Disaster Resilience Program Director John Zakian.

The $3 million program has helped 21 Minot families purchase a home.

Minot residents could see a possible increase in taxes