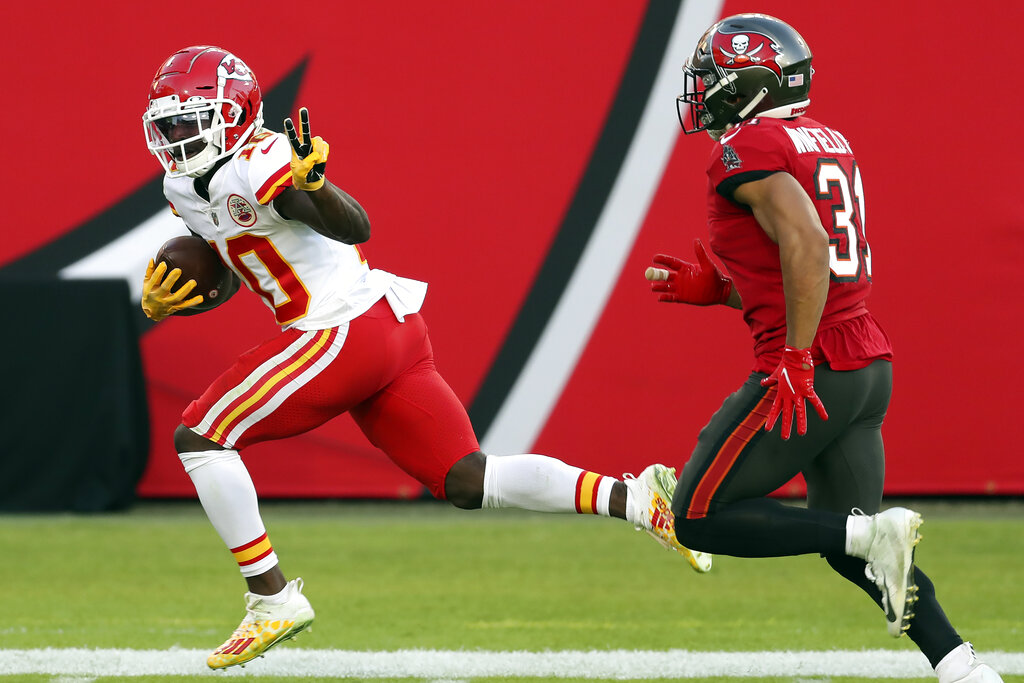 N.D. – We’re less than a week away from the Big Game and we may have found the biggest Kansas City Chiefs fan in North Dakota.

Samps Mahto’s man cave in New Town looks like a scene from a movie. There’s Chiefs memorabilia everywhere, and he says he isn’t anywhere close to being done.

For nearly 40 years, Mahto has been supporting the Chiefs.

“Liked the way their players were and everything. The defense, Derrick Thomas, Neil Smith, they were just the ultimate duo. Just the way they played and the colors,” Mahto said.

But it wasn’t until recently a friend influenced him to start collecting gear.

“Started me off with getting me helmets and everything. And then I just start seeing everything out there to get and collect,” Mahto.

He renovated his shed and has spent the last two years decking out his man cave.

“Just to represent the Chiefs, and know that I’m their fan and it looks pretty cool!” Mahto said.

His wife, Luana Little Wind, says she didn’t realize just how big of a fan he is.

“He just started out with a few things at first, and then it just went, and went and went,” Little Wind said.

From jerseys and flags to helmets and even a replica Lombardi trophy from last year’s game, signed by the guy everyone seems to be talking about: Patrick Mahomes.

He even has a new addition coming soon.

“I’ve got an AFC Championship trophy, Lamar Hunt Trophy, that I’ve got a buddy in Kansas, Michael, that’s getting the signatures on, the players’ signatures every time they have a signing, he’s always there getting it signed for me. So, that’s going to be priceless once I get that back,” Mahto said.

And if you’re wondering what he does in the off-season or when there isn’t a game on….

“We’ve got them all recorded and everything. If I’m bored or something, I’ll put a Chiefs game on or whatever. Only game I forgot to record in the last two years was the Super Bowl!” Mahto said.

We asked him, his son and a few of his friends what their predictions are for this year’s Big Game.

Okay, what about you?

Okay, what about you?

“It’s a heartbreaking team because they’ll start out slow and it seems like everything is dreadful and then, boom, all of a sudden they’re back up on top. It’s just heart attack time. Heart attack team,” Mahto said.

And Samp’s prediction: he has the Chiefs winning on Sunday, 34-21.

He also told me he believes Mahomes is the new GOAT: That’s Greatest of All Time.

Native American Curriculum Could Be Required In ND Schools