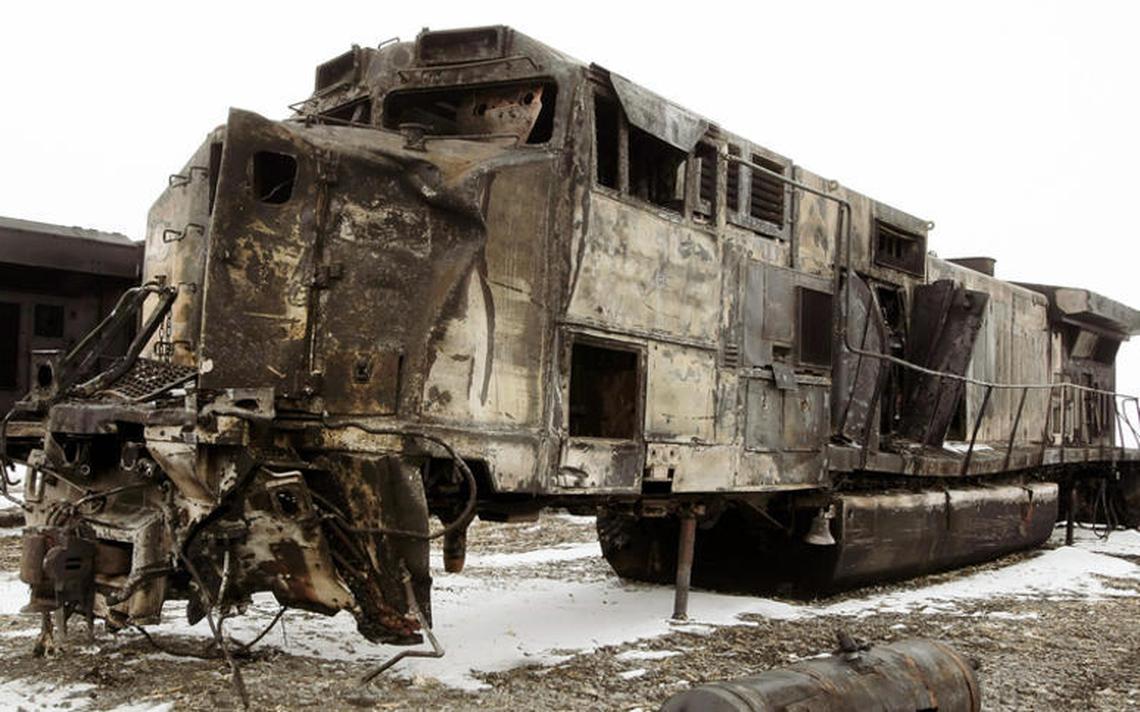 N.D. — The North Dakota Legislature’s decision not to make permanent a railroad inspection program that has identified thousands of train and track defects in the last six years remains a rub for state regulators who view its inspections as a safety imperative.

In 2019 and 2020, the program established to prevent train derailments found more than 10,000 mechanical and track defects and issued 127 violations against significant problems that posed an imminent danger.

And though regulators on the North Dakota Public Service Commission were hopeful that this track record would sway the state’s Republican-dominated Legislature to cement the program, all three members of the commission expressed disappointment that the Legislature extended its sunset date until 2025.

“I’m upset about that, and I think it’s absolutely the wrong policy decision,” Commissioner Julie Fedorchak said in a PSC hearing Wednesday, May 5. Fedorchak added later that the approximately $600,000 budgeted for the program over two years is a reasonable cost for the security that it provides.

But lawmakers involved in the decision to prolong the cutoff said it isn’t intended to be an end-date on the program, just a chance to reevaluate it when the Legislature convenes again in two years.

“It’s not going away. I think it’s gonna go on forever and ever as far as I’m concerned,” Edgeley Republican Rep. Mike Brandenburg said of the rail inspection program. Though Brandenburg acknowledged that the appropriation for the program has prompted opposition from a significant block of his colleagues in the past, he said the majority got on board with the program this session.

Two years ago, the rail inspection program drew pushback as the Legislature considered whether to axe the inspections or extend them. Brandenburg said many members of the House have historically opposed the program because they felt it is redundant of inspections already performed by the industry and federal regulators. The Legislature ultimately decided to extend the program by two years during the 2019 session, putting its fate back up in the air this year.

Fedorchak noted that federal regulators are responsible for whole regions, not just North Dakota, and said that, when it comes to rail safety, multiple tiers of inspection can be critical.

“There’s a lot — literally — a lot of moving parts on a train, and there’s a lot that can be missed,” said Fedorchak, who cited one winter incident in the last few years, in which a crude oil train was already loaded and ready for departure when a state inspector found 11 cars with deficient side bearings — issues overlooked by non-North Dakota inspectors — and prevented the train’s departure.

North Dakota’s rail inspection program started after a series of high-profile derailments of trains carrying North Dakota crude oil, including a 2013 explosion in Canada that killed 47 people and an explosion in Casselton, N.D., later that year that injured no one but resulted in the evacuation of more than 2,000 people.

Senate Majority Leader Rich Wardner, R-Dickinson, who said he supports the program, noted that the tone of North Dakota conversations around rail safety has shifted somewhat in the years since those incidents and added that, “we have a few members in the Legislature who love sunsets,” notably in the House.

Fedorchak said that opposition to making the program permanent has been led by Underwood Republican Rep. Jeff Delzer, chair of the House appropriations committee who wields tight control over state spending. She said Delzer told her in private conversations that the Public Service Commission could choose between the removal of the sunset and $200,000 for commission staff salaries over the next two years, provisions that she said had “no connection” to one another. Delzer did not respond to The Forum’s requests for comment.

In recent years, much of North Dakota’s crude oil exports that used to move by rail have shifted to the Dakota Access Pipeline, which can carry up to 570,000 barrels of oil from the Bakken region to market every day. The short-term operations of Dakota Access are currently in question as a federal judge is set to decide in the coming weeks whether to shut the pipeline down over a missing environmental permit.