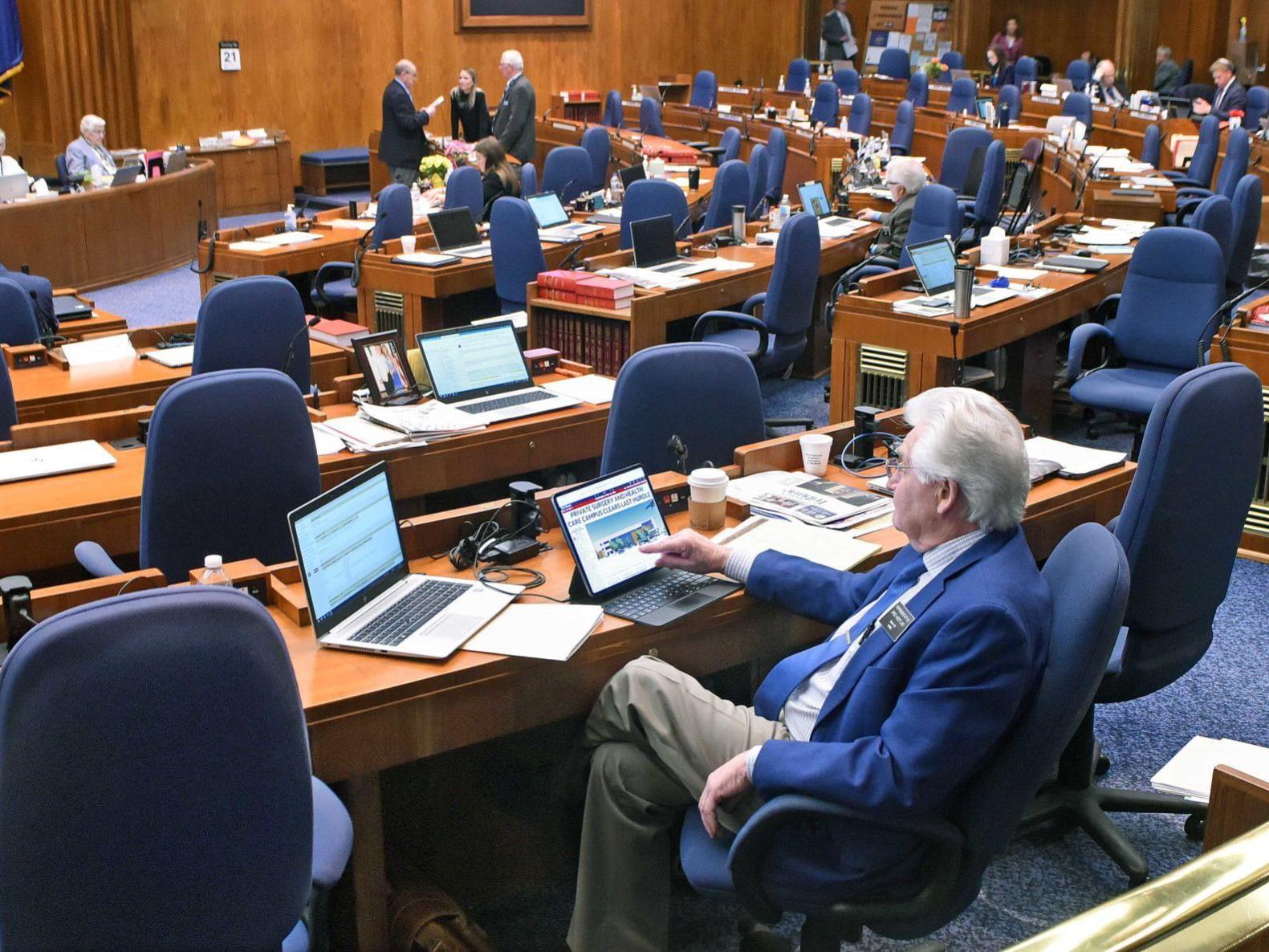 N.D. – Rep. Pamela Anderson, D-Fargo, left, and Rep. LaurieBeth Hager, D-Fargo, pass the time in the House chamber on Thursday working on a puzzle. “I think we will get this done by the end of the session,” Anderson said of the 372-piece wooden jigsaw puzzle that will have the image of an owl when done. Much of the work in the waning days of the Legislature is done in conference committees.

North Dakota lawmakers are set for marathon days this week with major bills still to sort out in the Legislature’s final days.

“We’re moving along slow but sure, just like a snail, so I’d like to speed things up just a little bit,” Senate Majority Leader Rich Wardner, R-Dickinson, told the Senate on Friday morning, the Legislature’s 72nd official day of a maximum 80. Lawmakers are eyeing Wednesday or Thursday to adjourn.

Thirty-one conference committees remained as of mid-Friday. Legislative leaders said other major bills have yet to reach House-Senate panels for reconciling differences, such as the Office of Management and Budget bill, which is historically the last budget the Legislature handles.

“We’ve got these budget bills that we’re very close on that seem to be bogged down with, I would say, insignificant issues, but to somebody, it’s not,” Wardner said. “We just need to keep working through them.”

North Dakota’s Grand Farm sounds off in US Senate hearing