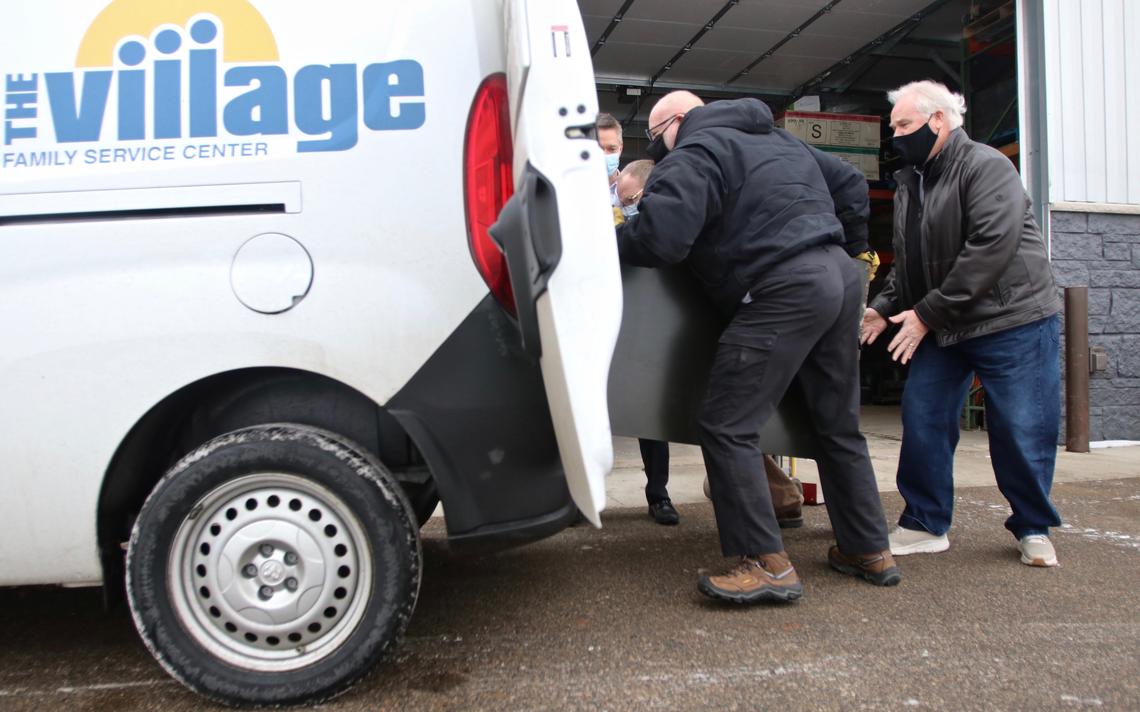 N.D. – Jim Holmes was put up for adoption twice.

Once when he was 6 months old, but his birth mother changed her mind. The second time was less than two months later, and his new parents brought him to Walhalla, N.D.

He never saw his birth mother, Ann Kopperud from Cooperstown, N.D., again. His father, Bill Davidson, the town butcher at the time, went West, “and as far as I know never looked back,” Holmes said.

Holmes’ history may have remained a mystery if not for a caseworker at The Village Family Service Center who helped him find medical records, leading to more information on his birth family in 2003. One by one, the pieces of his life’s puzzle fell in place. He learned his birth parents had died, but that he still had many living siblings in the Fargo area who wanted to meet him.

“My adoptive parents were great folks, but there were a lot of differences. As I became a teenager I grew up knowing I was adopted, but wasn’t sure what that all meant. It became a growing interest of mine. When I was in my 30s and got out of law school, I started to try to find out, but I couldn’t. I had to have a court order,” said Holmes, who’s now nearly 80 years old.

Holmes’ search is just one of the stories hidden in the file cabinets stored at The Village. And on Wednesday, Feb. 3, those records of about 7,000 files nearly doubled after Lutheran Social Services of North Dakota added their adoption records to The Village’s cache for safekeeping.

LSS, a 103-year-old agency, announced Jan. 15 that, due to the heavy drain on resources caused by its housing department, the agency could no longer survive.

The closure prompted concern among the community about the fate of the adoption records kept by LSS, and Sue Grundysen, a caseworker since 1983 first at LSS and now at The Village, took some of those calls.

“It’s all coming here, and it’s going to be safe,” she said she tells callers. “We’d hate for that information to be lost forever. It’s an honor to be the agency that holds this information for people.”

Spend The Weekend At The Dakota Zoo, A Fun-Filled Riverside Zoo In North Dakota

North Dakota National Guard may be deployed to the Middle East