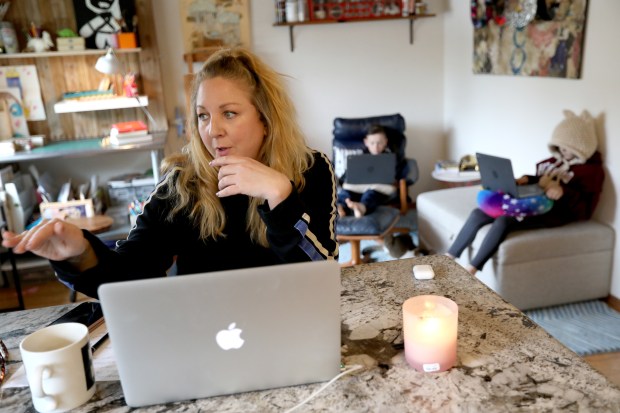 MINOT, N.D – As COVID continues to spread in North Dakota, the likelihood of knowing someone who tested positive is much higher than it was even just a couple of months ago.

A Minot family with five high-risk family members recently tested positive in early November and has since recovered — for the most part.

“For eight months, we kind of lived in fear of the boogeyman,” said Kevin Burckhard.

Kevin, his wife, Paula, and four of their six children tested positive.

But before November, Kevin says the pandemic started for them on March 4.

“We feared catching it, me, for my age and underlying health conditions. But mostly for our four youngest who have compromised immune systems,” Kevin said.

Grace, Bella, Nole and Simas all have down syndrome.

“I would say having four children with down syndrome during a pandemic has been a significant blessing because they haven’t worried. They haven’t been concerned about being out of school, away from their friends — they have each other,” said Kevin.

Kevin says the kids have little to no symptoms except for a moderate fever.

“One day, Bella just kind of wanted to lay on the couch and that’s not like her. That was it for her fever and her symptoms,” Kevin said.

He, Paula and Sam experienced aches, headaches and fevers and Paula lost her taste and smell for a while.

“When our symptoms started leaving us and we started being able to mostly continue as things were before, we thought it was behind us. And then we started to realize that other people had post-COVID types of things. And I turned out to be one of those people that had a post-covid thing,” Kevin said.

For the first time in his life, Kevin had a bloody nose. He says his post-COVID symptoms were worse than when he was fighting the virus.

“It turned out to be a pretty prolific event that I had to go to the emergency room for, for them to put things up my there to just push pressure on an artery in the back of my nasal cavity so that it would stop and it stayed in for three days,” Kevin said.

After having emergency surgery on Nov. 30, he says he hasn’t had another one.

Since recovering, he says he’s been doing a lot of reflection.

“I have not known all the answers over the last nine months. But so many good things have come from this pandemic: more time together, and not like stuck in a camper together, but more time just being able to pay attention to each other and serve each other,” Kevin said.

According to the Mayo Clinic, some lingering symptoms of COVID could be rash or hair loss, muscle fatigue or rapid heartbeat.