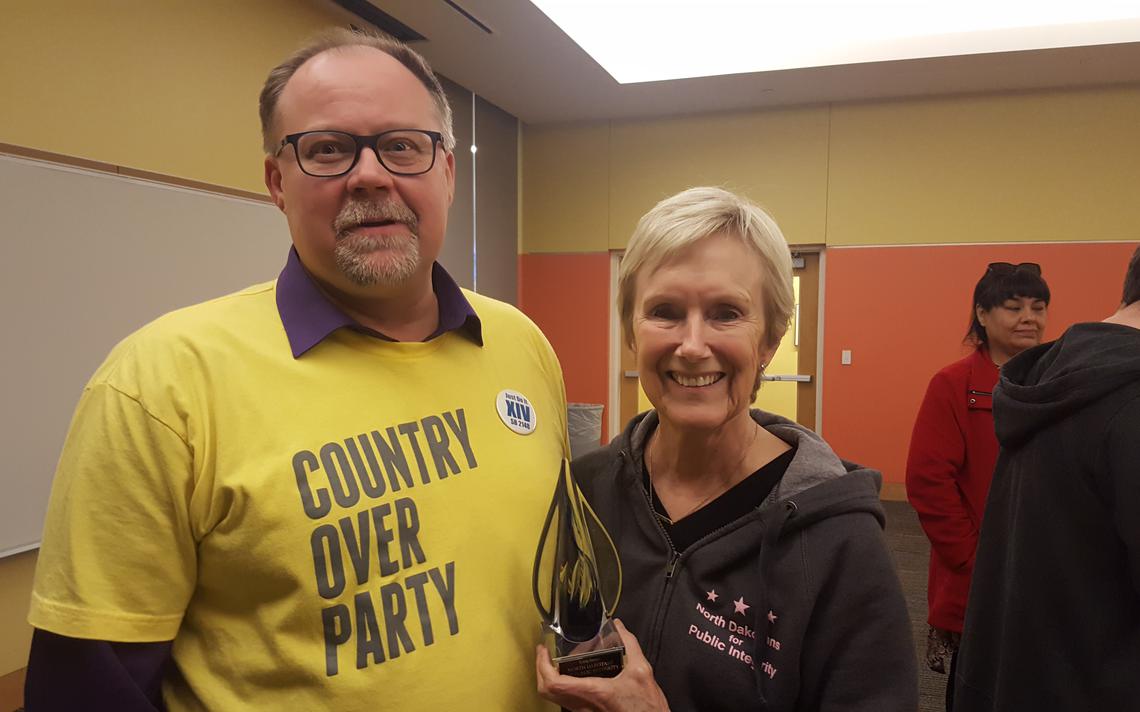 MINOT, N.D. — You may be reading my headline and wondering to yourselves what redistricting has to do with Measure 3, which its supporters, a committee funded by out-of-state groups calling itself North Dakota Voters First, have branded the “Help Heroes Vote” act.

If you signed the petition to put that proposed constitutional amendment on the ballot, you might have thought you were just supporting some reforms to ease the voting process for active members of the military, because that’s how the paid signature collectors pitched the measure.

It would reduce your representation in the state House of Representatives.

It would introduce ranked-choice voting for statewide elections, meaning winners on Election Day would be decided by a spreadsheet formula instead of a count of the votes.

It would allow candidates to hide their political leanings with an open primary process.

And, to the point of this column, it would move control of redistricting from the Legislature to the state’s newly formed ethics committee.

But did anyone bother to ask the ethics commission if they want to be in charge of redistricting? If they think it’s a good idea?

“To my knowledge, nobody reached out,” David Thiele, the executive director of the commission, told me this morning.

The commission doesn’t have a position on whether or not moving the task of redistricting to their plates is a good idea.

“It wouldn’t be appropriate to weigh in,” Thiele told me.

The boundaries of North Dakota’s legislative districts are based on populations. Every 10 years, once the national census is completed, that data is used to redraw boundaries to ensure that representation in the Legislature remains fair. In some parts of the country, a practice called gerrymandering takes place, which is when these boundaries are redrawn for partisan advantage.

There is no evidence that this is a problem in North Dakota, but even if you think it’s a good idea anyway, why did the Measure 3 folks have to hide this proposal behind the “help heroes vote” Trojan horse?

Why not give the proposal an up-or-down vote on its own merits?

And why not ask the ethics commissioners if they’re prepared to take on this responsibility?

It’s not like the folks at North Dakota Voters First haven’t had the chance.

Former Democratic candidate for Lt. Governor Ellen Chaffee is a leader in NDVF. She was also part of the sponsoring committee for the ballot measure, which created the ethics committee in 2018.

Back in June, I noticed that one ethics committee member, Vice Chairwoman Cynthia Lindquist, was discussing, during an ongoing meeting, text messages she was receiving from Chaffee weighing in on the topic of the meeting.

At the time, I contacted Thiele about it, and he conceded that the involvement of Chaffee in the meeting was inappropriate. “I have communicated with the Commission members to ensure we do not allow external input during meetings unless we have a public comment period,” he told me in response to an inquiry.

Whatever you think of Chaffee’s (dare I say unethical?) machinations with members of the ethics commission, it’s clear she had the opportunity to discuss her new measure’s plans for redistricting with them and apparently chose not to.

Minot City Council holds off on recycling decision, for now