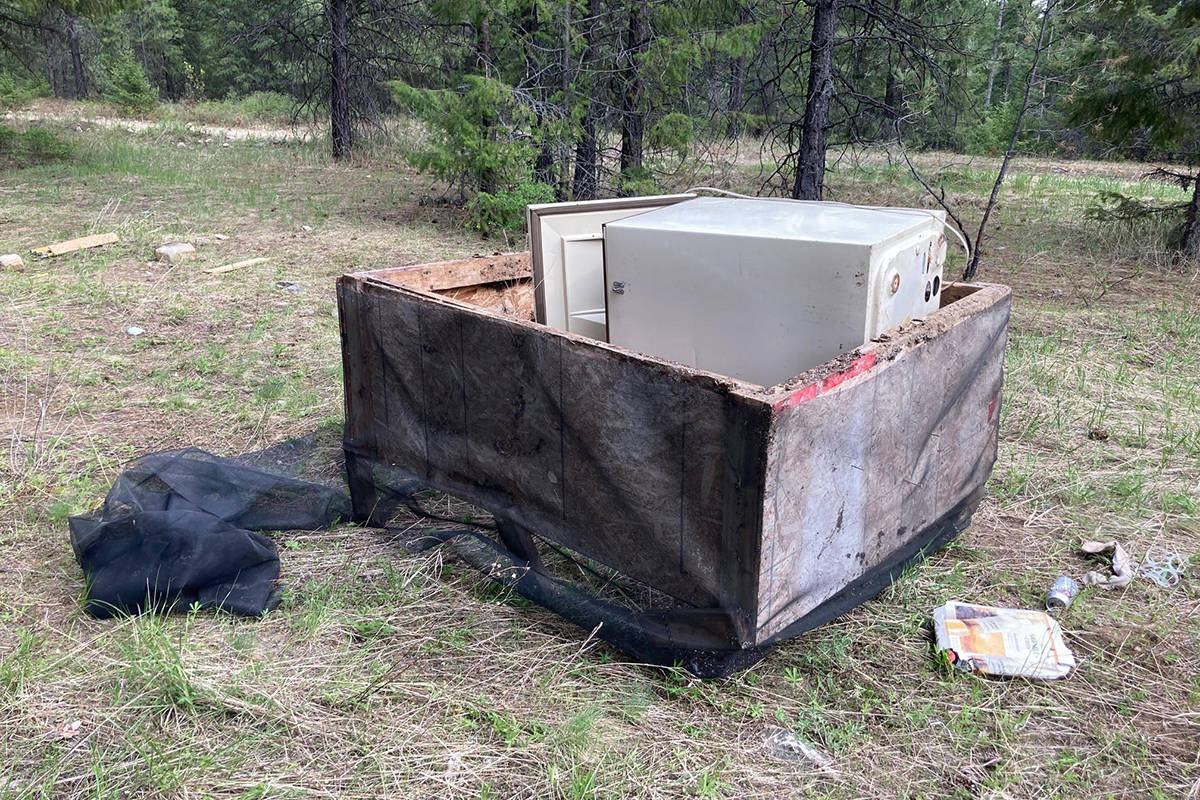 CSO Mark Walkosky contacted The Gazette after he attended the dumpsite Wednesday, May 5. The incident was the most recent of eight illegal dumps reported in the Granby Valley starting in early April, many of which could lead to charges under the Environmental Management Act (EMA), he said.

Most followed a well-established pattern where Walkosky said polluters “pick an old, abandoned road where they think no one’s going to see them, and they kick their stuff off the back of a truck and then peel out.” Dumpsites were typically found within the first kilometre of forest service roads branching off of Granby Road.

CSOs followed up on all eight complaints, finding a host of materials prohibited under the EMA, including “burnt trailers, old freezers, vehicle parts and general household garbage,” Walkosky told The Gazette.

Walksosky said he and Bueckert need more and better information from people who report suspected EMA violations, including dumping. Reports often come in too late, he said, adding that when they do come in, they’re not coming through the proper channels. Anyone who thinks they may have relevant information is asked to promptly call the 24-hour Report All Poachers and Polluters hotline at 1-877-952-7277.

“We’re asking people to take that extra effort to take down a licence plate,” or snap a photo of suspected offenders, Walksosky said. Information leading to substantial EMA convictions can earn tipsters up to $2,000 in reward money, he continued. Meanwhile, the Grand Forks Conservation Service Office is looking into setting up a network of trail-cameras which Walkosky hopes will make it easier to hold poachers and polluters accountable.

If someone were to be caught illegally dumping garbage or brush into wilderness areas, Walksosky said CSOs can issue on-the-spot citations of up to $575. Prolific EMA violations can land convicted offenders with a maximum $1,000,000 fine or a six-month jail sentence, he said.

Vehicle fire backs up traffic on I-29 north of Fargo