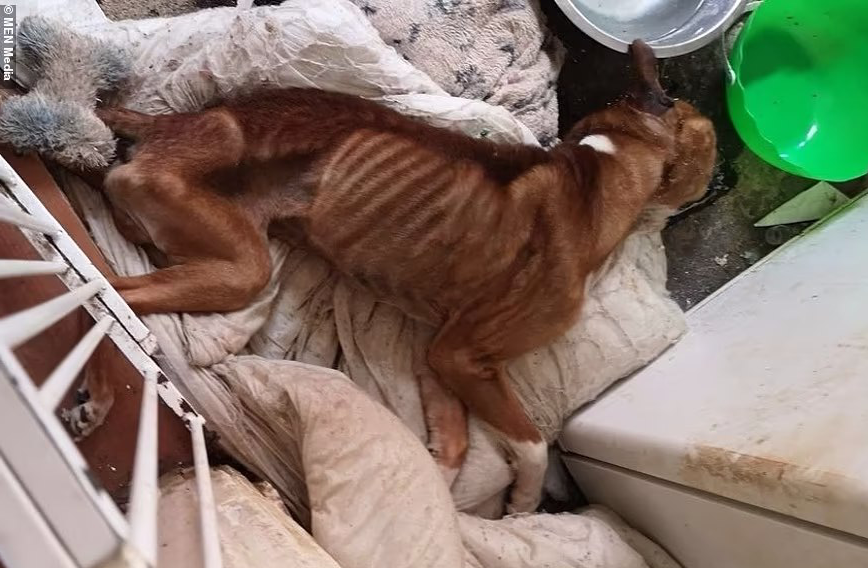 A woman has been banned from having animals for the rest of her life after her dog was found lying lifeless next to an empty tin of food. The pooch named Frank was left all alone at home by his owner, Katie Louise Oldridge, who abandoned the dog for more than a month.

Without any food, Frank spent about 34 days trapped in the kitchen and was surrounded by a pile of feces when his body was found. “The kitchen door had a baby gate in the frame,” said RSPCA inspector Jilly Dickinson, who was leading the investigation into Frank’s case on behalf of the animal welfare charity.

When Dickinson found Frank’s body, she saw that he had starved to such an extent that his bones were clearly visible. The inspector also saw that a heap of maggots, still alive, fell from Frank’s decomposing head as his body was placed inside an evidence bag, according to Metro.

Dickinson spoke about the horrifying environment, in which Frank lived his last days in, and said: “I found a dog food tin on the kitchen worktop, which contained mouldy remains of food in the bottom of it, and an empty box of dog treats, which appeared to contain faeces.”

“There was an overwhelming smell of feces and decomposing flesh in the property,” Dickinson added.

Frank’s case was one of the worst cases of abandonment that came to light after his rotting body was found last year in 2020. Investigations revealed that Oldridge left Frank inside the kitchen with only a bowl of water. There was no food left for the dog, and he was left alone to fend for himself from April 10 to May 14.

After his body was inspected, vets concluded that Frank would have starved to the point where he ate and ingested whatever he could possibly find to quell his hunger. Vets found foreign materials inside his body and concluded that he went through a significant amount of suffering before his life finally came to an end.

With no nutrition and zero care, Frank’s body used up every ounce of internal energy resource available until his body was so emaciated without any fat or muscle.

On August 25, 2021, Oldridge had two animal welfare offenses to her name and was sentenced at Hull Magistrates’ Court. When the court heard Oldridge’s side of the story, they were told that she began abusing alcohol at the time because of personal problems.

Currently, she is facing a lifetime disqualification from keeping pets. And for 10 years, she cannot contest this ban. Oldridge’s punishment also included being sentenced to 18 weeks’ imprisonment suspended for two years, according to the Daily Mail.

During the court session, the magistrates said: “We consider this to be a deliberate act of neglect – one of the worst, if not the worst, we have had the misfortune to hear as a bench of magistrates. We are satisfied that this case justifies a sentence of imprisonment but for your guilty plea and lack of previous convictions in combination with your personal circumstances we are persuaded to suspend the sentence.”

‘I killed her, I killed her!’ Woman strangled her aunt and confessed to her 19-year-old son that she killed her

“His upper legs, groin and genitals had been burned with a blow torch”, 2-year-old boy found dead in a dumpster, allegedly killed by mom’s boyfriend