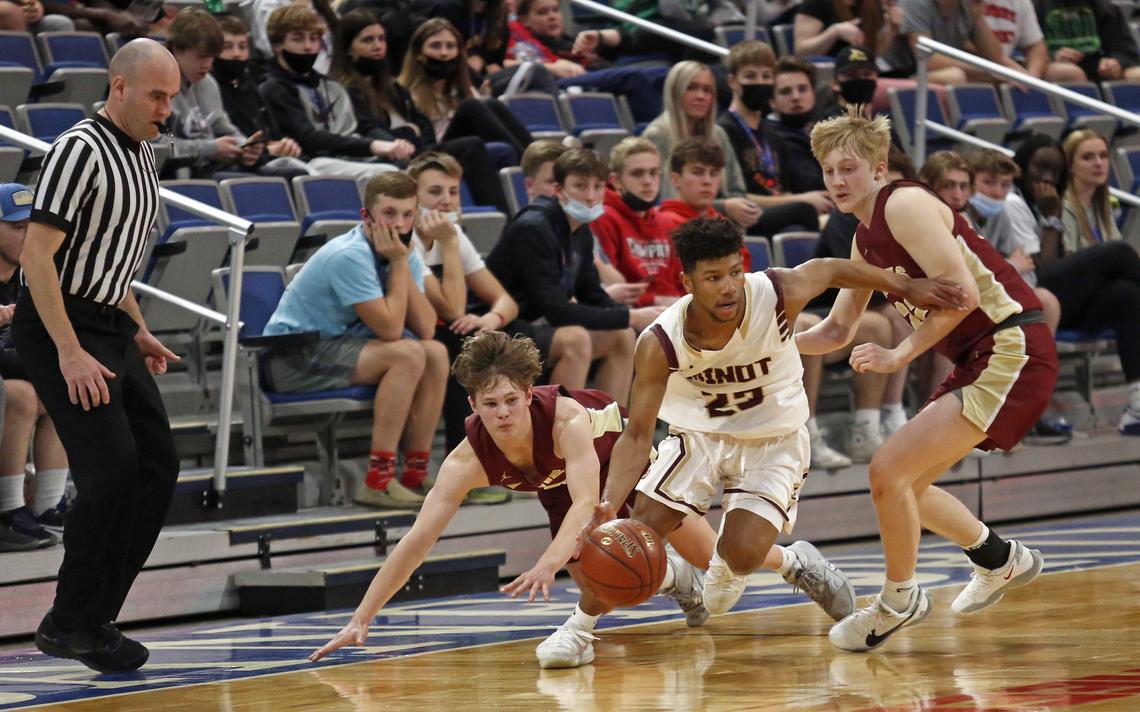 The Magicians trailed by double digits for much of the second half before the 5-foot-8 senior guard took over in crunch time. Minot pulled within a point with 1 minute, 43 seconds to go and Martinez closed it out with seven straight points for his team.

“I like to have the ball in my hands at the end of games,” Martinez said. “I feel like I can not just make the best shot, but I feel like I make the best play for the team, whether that is getting a good shot or passing the ball to an open player, and I know my teammates will hit that shot.”

Davies senior Owen Hektner came off a screen and hit a deep 3 with 7.5 seconds to go to make it a one-point game at 69-68. Martinez used his short-area burst to open himself up for the inbound pass and was immediately fouled and made both free throws to make it 71-68.

The Eagles had 5 seconds to get the ball up the court to try a game-tying 3. They tried a long pass and Minot’s RaShawn Wilcox intercepted it to seal the game.

“As soon as he got that steal, I was really happy,” Martinez said. “I started running around the court. That was a great feeling.”

“Coach did a great job to try to get us going with some sets,” Martinez said. “Shots just weren’t falling for a little bit, but eventually they have to fall and they did. We stepped up at the right time. We knew we didn’t want this to be our last basketball game.”

Martinez made a couple of baskets to spark a Minot run and they took their first lead of the second half 64-63 after a 3-point make by Wilcox with two minutes to go.

“Our coach told us all year that we have to have grit and perseverance,” Martinez said. “We’re going to get down at times in games and we’ve got to keep fighting. We did that today.”

Brady Sauvageau shined on both ends of the floor for the Eagles. He had the unenviable task of defending Martinez man-to-man and challenged him for much of the game. Sauvageau had three steals and a block to go along with a team-high 20 points.

Hektner played all 36 minutes for the Eagles and scored 18 points with eight rebounds and two steals. Jacob Prudhomme scored 10 points with seven rebounds.