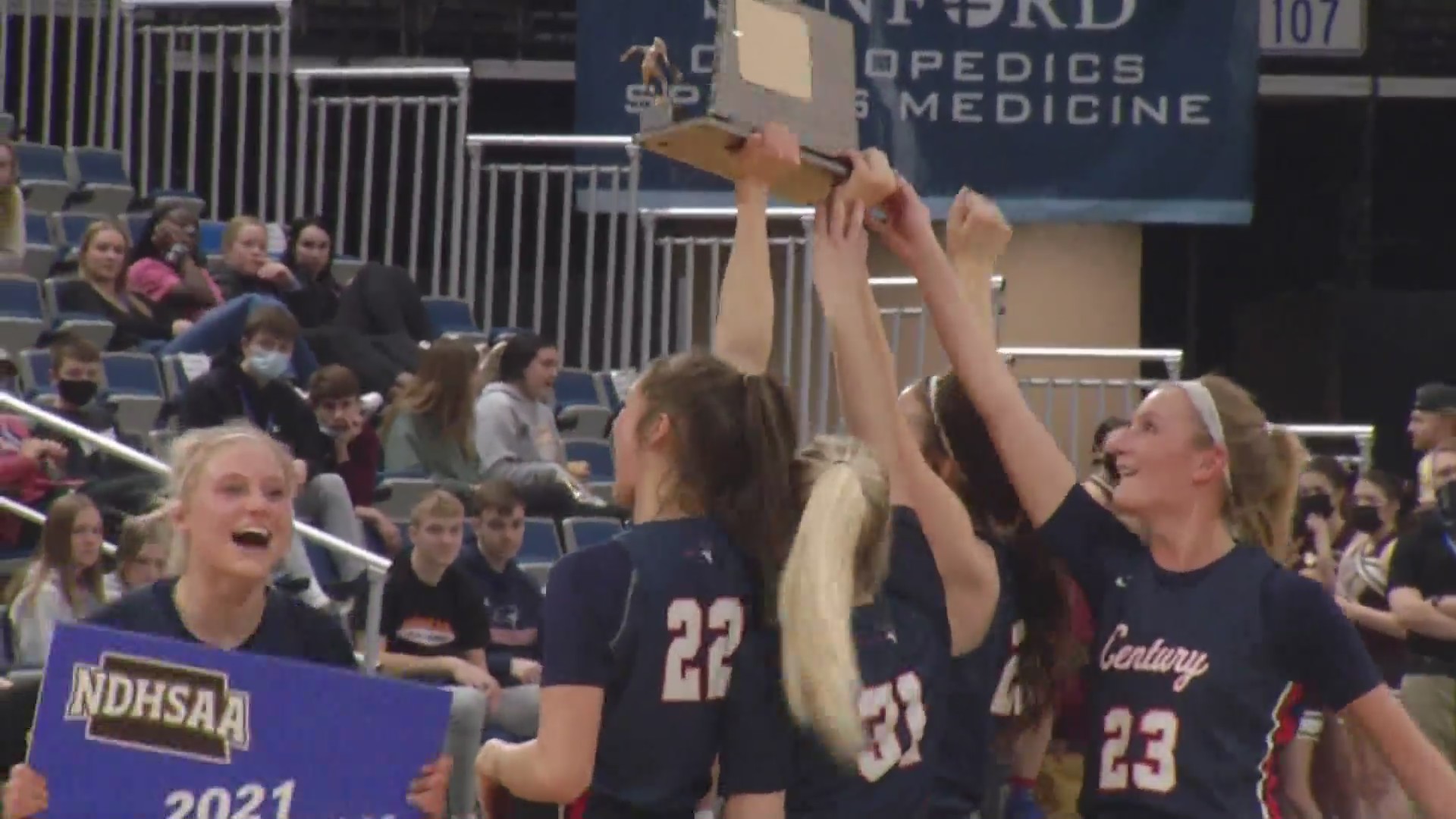 MINOT, N.D – The Class A basketball season came to a close on Sunday.

The day started with Century’s girls taking on Fargo Davies. The Patriots pulled off a 58-47 win to give them their third state title in the last four years. The Patriots were led by Logan Nissley who finished with 18 points and 11 rebounds, and Ashton Kinnebrew who added 12 more points.

The win capped off a perfect season for the Patriots pushing their final record to 26-0. It’s the seventh championship for Century’s program.

On the boy’s side, it was a rematch of the 2016 title game with Minot facing off against West Fargo. The Packers pulled out the win 65-60 to win their first state title since 1992.

In other basketball news, Hettinger-Scranton’s Samantha Oase was named North Dakota’s 2021 Miss Basketball. Oase finished her career with over 1,000 points and rebounds. She’ll continue her career next year at Black Hills State University.