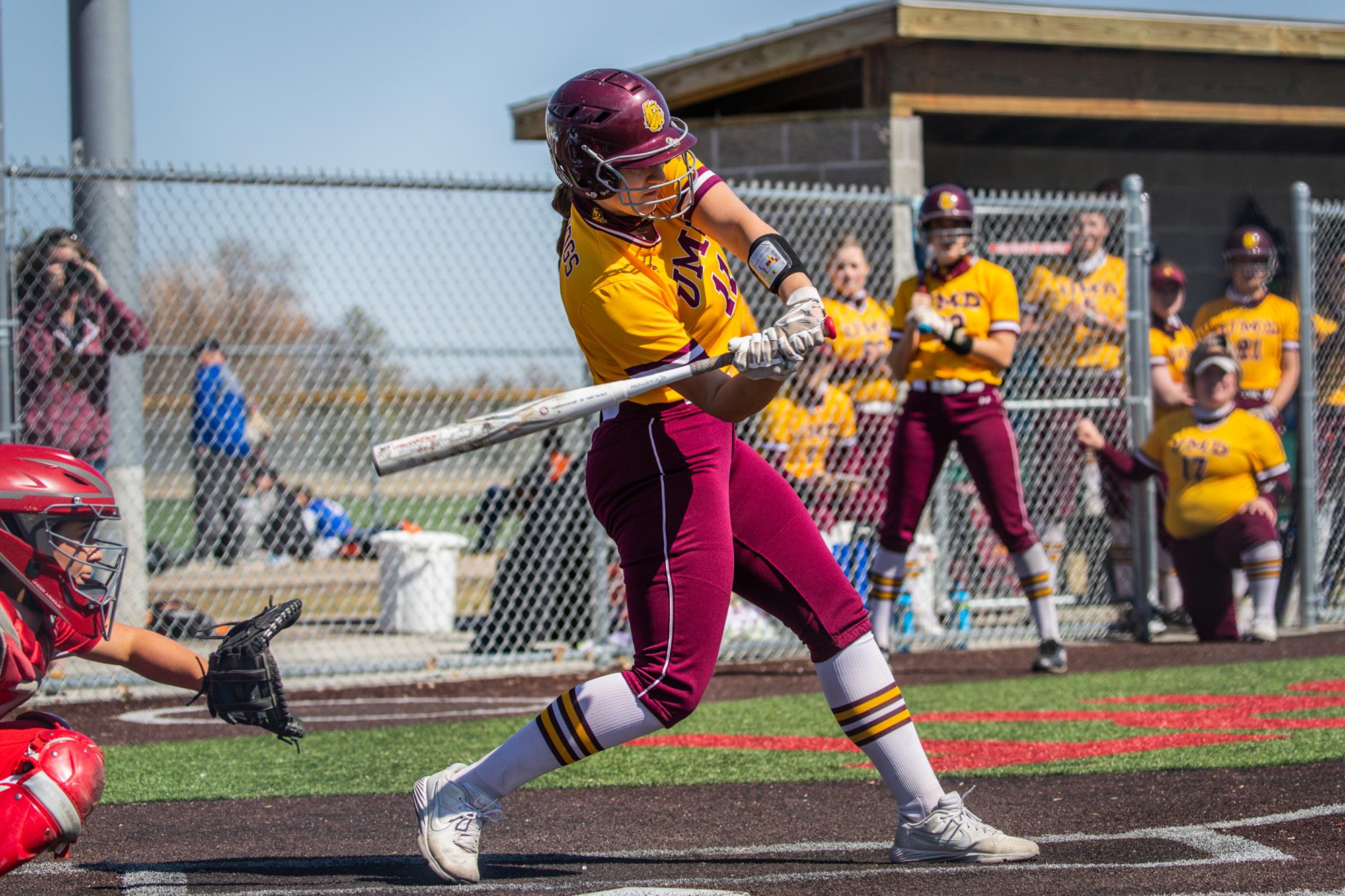 MINOT, N.D. – The University of Minnesota Duluth women’s softball program today began a ten-game roadtrip, heading to Minot, North Dakota to take on the Minot State University Beavers. The Bulldogs would get the sweep, downing the Beavers 5-1 in the first game and 1-0 in the second game.

Game 1:
The Bulldogs would open the scoring in the first inning, when Kiana Bender popped one up to third base, initiating a sac fly that sent Jessica Bren past home. The inning would close with UMD up 1-0 after pitcher Sam Pederson, hot off her no-hitter last weekend, would refuse the Beavers a single hit.

Neither team would get a hit in the second inning, with both pitchers keeping their squad in the game. In the third inning, however, the Bulldogs would push their score to 3-0 after Jessica Bren hit an RBI double to right field, sending Lauren Oberle and Makenna Burslie past home. Sam Pederson would hold the Beavers to a single hit in the bottom of the third inning.

Kate Mohr would record the Bulldogs’ lone hit in the fourth inning, a single out to left field, and Sam Pederson would again refuse to allow the Beavers to get a hit at the bottom of the inning.

Minot State would get its first — and only — run of the game during the fifth inning, scoring on a wild pitch.

The Bulldogs would get two more hits early in the seventh inning, a single to center field from Emma Frost and a double to right field from Kate Mohr. An RBI single from Kelly Swank would send Kate Mohr to third base and Emma Frost past home, pushing the score to 4-1 in favor of UMD. Later in the inning Kate Mohr would make it 5-1, scoring off an RBI from Jessica Bren.

Sam Pederson would pick up the win for the Bulldogs, holding the Beavers to only one run on three hits.

Game 2:
The Bulldogs would score one run in the first inning of the second game — but it’s the only run they would need, as freshman pitcher Lauren Dixon would hold the Beavers scoreless and only allow four runs in seven innings.

Lauren Oberle would pick up UMD’s lone run, scoring off Jordyn Thomas’ RBI single to center field. The Bulldogs would get two hits in the second game — a double to left field from Taylor Koehnen and a single to left field from Kate Mohr — but would be unable to convert those hits into any runs in the inning.

Both the Bulldogs and the Beavers’ bats would go cold as each team settled into the game, with neither team able to record any runs or hits in the fourth, fifth, or sixth innings. The Beavers would pick up three hits in the bottom of the seventh, but would not record a run. The game would end with a 1-0 Bulldog victory with freshman pitcher Lauren Dixon taking the win.