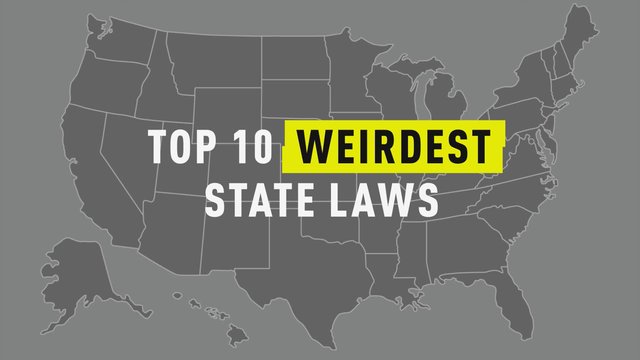 N.D. – My family and I spent a couple of years in North Dakota. I remember the year. I think it was 1992 or 1993. I’m pretty sure they had a stretch of weather where it didn’t get above zero for 10 days. It was a brutal winter that year but I have to admit, the people were awesome and we still have friends in the state. But I was surfing the dumpster, [internet], and came across some wired North Dakota laws that still may exist. Here’s a list.

1. Charitable groups are allowed to hold stud poker games to raise money, but ONLY twice a year. I suppose that makes sense. If you allowed it every week nothing would get done. North Dakotans do love their card games!

2. It is illegal to keep an elk in a sandbox in your own backyard.  This one is a head-scratcher.  How did it come to be? I can’t imagine Don or one of my other backyard neighbors having an elk in the sandbox. It would cause quite a ruckus. On the second thought, this is a good law and one that should be on the books.

3. It is prohibited for bars or restaurants to serve both beer and pretzels at the same time. I get it. North Dakotans can knock quite a few beers back. Pretzels might fill the drinkers up too fast causing municipalities to lose money due to less beer consumed.

4.  It is illegal to swim naked in the Red River from 8 AM to 8 PM. I get that. The neighbors could complain. When we lived in Minot, the Souris River meandered through the city. I’m surprised that the law wasn’t on the books when we lived there.

5.  No one is allowed to wear a hat while dancing or at any event where dance is happening. This one must have been an old school rule. In parts of North Dakota, there are places where you wouldn’t want to encourage one of the cowboy type locals to take their hat off. Just for a dance anyway.

6.  It is illegal to lie down and fall asleep with your shoes on.  Again. I get this one. If you’re sleeping with your shoes on, they might take you for someone who should be going home. or at least moving along.

If you have any friends north or our border, share this story with them. And ask if they have heard about these unusual North Dakota Laws, that may, or may not still exist.

Should North Dakota Police Officers Have Restrictions For Pinging Phone Locations In Emergencies?