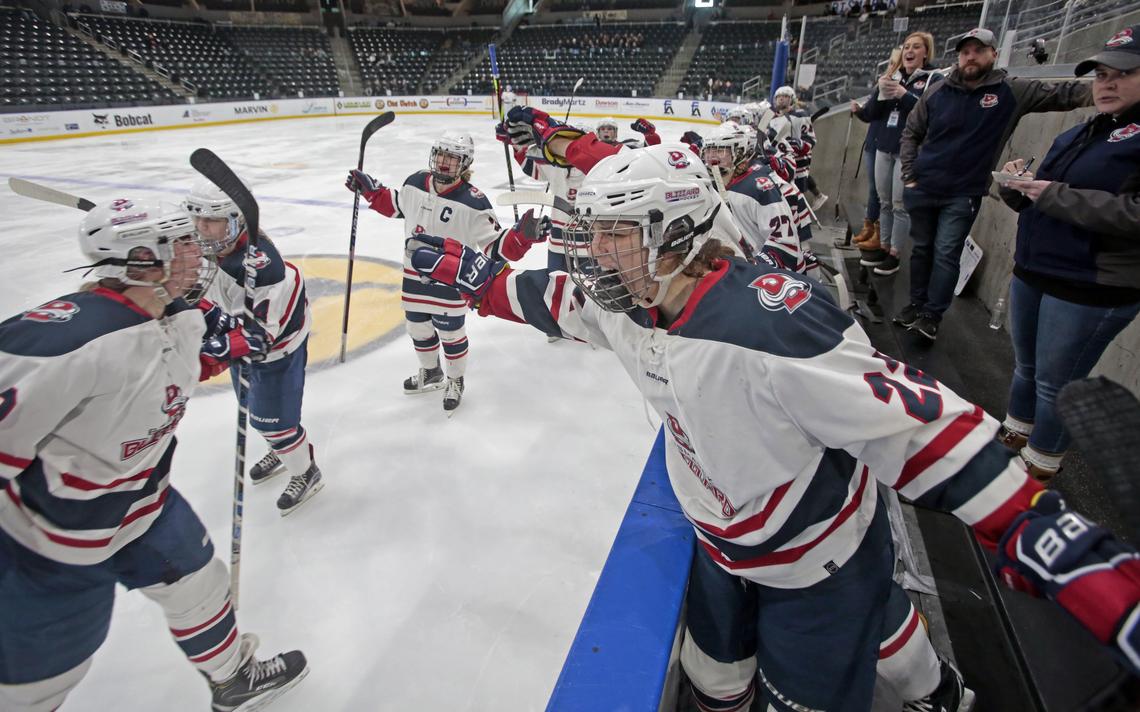 The Majettes weren’t going to give up their first semifinal matchup since 2006 easily.

Down by three, the Majettes took advantage of a couple goalie pulls to pop in two goals in the game’s final minutes and fuel hopes of a comeback in front of an excited crowd.

“Minot is a good hockey team, and they’re playing their best hockey right now at this time,” Bismarck head coach Tim Meyer said. “Strong goaltending, making it tough on opponents, and they had a ‘never give up’ attitude.”

Abby Tallman scored the first of Minot’s two goals with 3 minutes, 29 seconds to go. Two minutes later, Taylyn Cope got a shot off from the bottom of the left circle, with the puck barely finding its way past the goal line.

“When they had to review that second goal, it was a nice opportunity for us to get a timeout without using our own and calm the bench down,'” Meyer said.