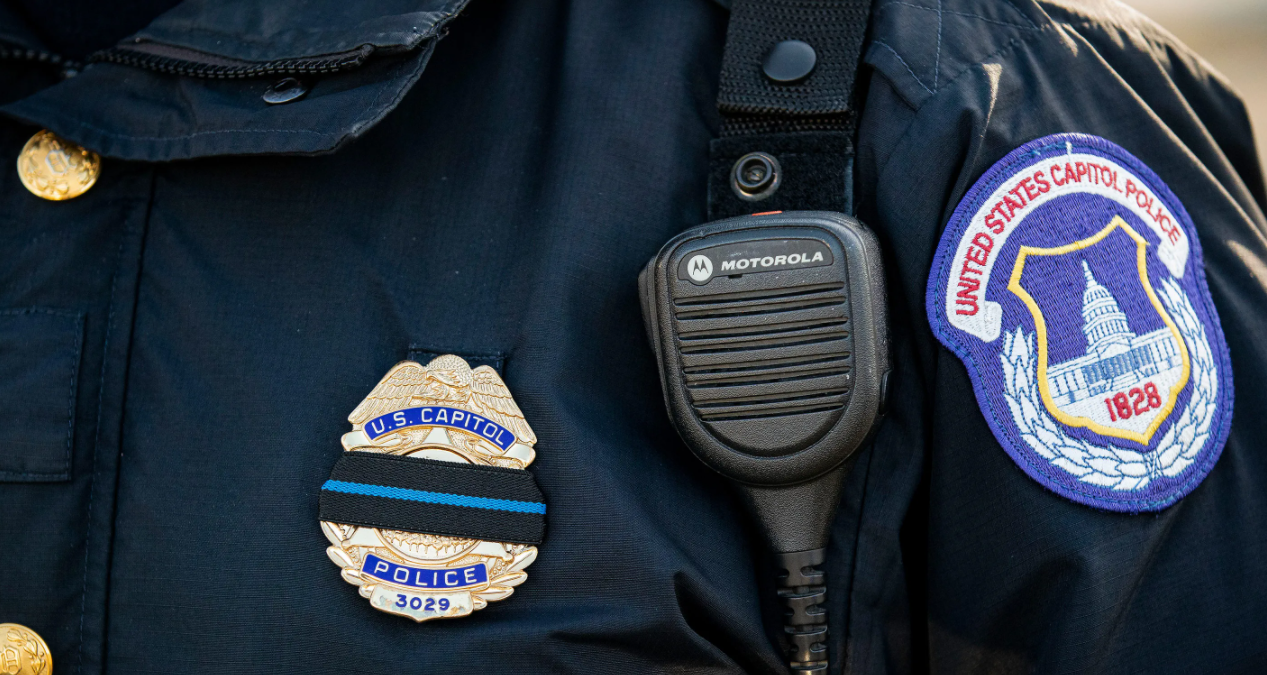 A high-ranking Capitol Police official has resigned ahead of an impending report that is likely to scapegoat officers for security failures running up to the January 6th riots.

The Capitol Police official’s resignation is yet another domino to fall in the aftermath of the Capitol Riots. The first domino was set off by former Capitol Police Chief Steven Sund stepping down, followed by the House and Senate sergeant-at-arms. Politico reported on the resignation on Monday:

Chad Thomas, the No. 2 Capitol Police official overseeing most of its uniformed officers, resigned from his position Monday as the department attempts to chart a path forward after the Jan. 6 insurrection, according to congressional and Capitol Police sources.

His departure comes as watchdogs urge the department to shift its posture from that of a police force to more of an intelligence-gathering and protective agency for members of Congress and as rank-and-file officers express frustration with current leadership.

Thomas had served as assistant chief of police for uniformed operations since 2019. A memo obtained by Politico stated that he was “separating from the Department,” and it thanked him for his service.

The Capitol Police is an outfit “shrouded in secrecy,” as it is beholden and accountable to the U.S. Congress. That is what shields the police unit from subpoenaes over its behavior, such as the armed security officer who appeared to shoot and kill Trump supporter Ashli Babbitt on January 6th.

While the Capitol Police resignations have come one after another following video evidence that protesters were simply let into the Capitol building, the person in charge of the House of Representatives’ security is ultimately Speaker Nancy Pelosi.

“Congress is not subject to the law, and the Capitol Police, as a component of the legislative branch, is also exempt from any FOIA request,” Roll Call reported in 2020.

The Capitol Riots commission spearheaded by Speaker Pelosi failed in the Senate in late May. Senate Republicans staged their first filibuster since President Biden took office. The final vote was 54-35 and just six GOP senators joined with the Democrats to ensure that the measure fell short of the 60 votes required.

Speaker Pelosi stands accused of having weakened security before and during the Capitol Riots due to “optics.” A report from the Daily Caller citing multiple anonymous sources says the former House Sergeant at Arms had ‘covered for her‘ before resigning.

In April, the Inspector General for the Capitol Police provided testimony that corroborates the contents of a 104-page report on the police’s role in the January 6th riot in Washington D.C. But there was a critical piece of information missing: Who gave the order.

“An order to hold back heavy riot-control weapons left Capitol Police at a grave disadvantage as front-line officers, vastly outnumbered, fought to protect Congress from a violent mob Jan. 6,” the Washington Post reported.

“Inspector General Michael Bolton told the House Administration Committee that a deputy assistant chief of police instructed officers not to use the weapons — including stingballs and 40mm launchers — out of concern that ‘they could potentially cause life-altering injury and/or death, if they were misused in any way’,” the Post said.

Sund, who was forced to resign after pressure from Speaker Pelosi and House Democrats, clearly relates that the House Democrats “knew” there was a high potential for a riot with the capacity for violence. But due to concerns about the “optics” of the situation, the House sergeant-at-arms did nothing to stop it, he earlier said.

The former Capitol Police Chief’s testimony has been indispensable in establishing that there was plenty of advanced warning for the House and Senate. Sund earlier stated that the House was warned six times about the pending danger. He revealed the resources the Capitol Police requested, including a stronger National Guard presence, in a resignation letter aimed directly to Speaker Pelosi.

The risk of a violent riot breaking out at the January 6th Electoral College session of Congress, following a contested election that would see Donald Trump purportedly “incite” a protest, was anticipated in detail as early as last March.

This was revealed in a Time piece that exposes a full-out effort by radical groups, powerful corporations, and labor unions to “fortify” the U.S. election and keep it from being won by Donald Trump. The Time article also reveals coordination among these influential left-wing groups and radical activists to keep a low-profile at the riots.

The National Guard Commanding General Maj. Gen. William J. Walker revealed in Congressional testimony in March that he received an “unusual” directive that amounted to a ‘stand down order’ over a concern for “optics.” In February, Acting Capitol Police Chief Yogananda Pittmann, who took over for Chief Sund, related in striking detail that the Capitol Police provided plenty of advance warning to Congress of the January 6th attack.

As another high-ranking Capitol Police official resigns, it is apparent that the writing as the wall. The U.S. Congress intends to use the police officers as a “shield” for its negligent, and quite possibly politically corrupt mismanagement of the security running up to the Capitol Riots.

If the Capitol Riots’ security debacle is an offense worth resigning over, the first person to step down should be Speaker Nancy Pelosi.

Gov. Doug Burgum has directed all government agencies to fly the United States and North Dakota flags at half-staff on Monday, May 31, until noon