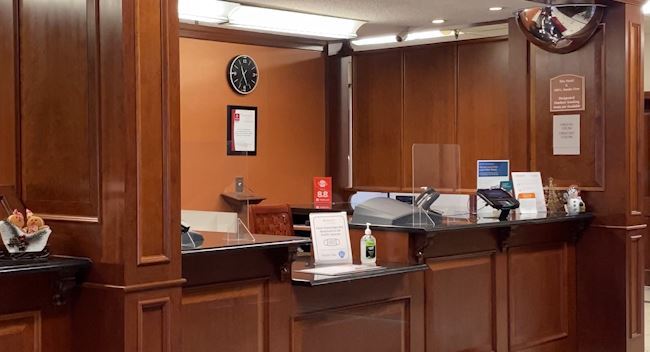 MINOT, N.D. – So many industries have been hit hard by the pandemic, perhaps none harder than the hospitality industry.

“As of right now we’re starting to climb back out once again,” Director of Operations at Clarion Hotel and Convention Center, Chris Baze said.

The Clarion Hotel and Convention Center in Minot normally hosts events almost every weekend between the months of June and January, but for much of 2020, the convention center and other event rooms remained quiet.

“By the end of February, that’s when we started going down to absolutely zero events. Three to four months went by and I would think that we started to build up the smaller events,” Baze said.

In March, the hotel was set to host the Democratic-NPL State Convention, booking the whole facility. That cancellation on top of the State Fair, Høstfest, weddings and the Canadian border closure created a snowball effect.

“I would say that probably in the neighborhood of about 80% revenue loss,” Baze said.

Baze does acknowledge some positives of the pandemic: allowing time for analysis of business models and plans, remodeling of certain areas and cross-training of staff in the event of an outbreak.

“Our bartenders would learn to rebuild air conditioners, our housekeeping staff learned to run the front desk, management was cross-trained in every position here,” Baze said.

And the Executive Director for Visit Minot says adjustments like these have proven successful for businesses.

“The organizations and businesses that have responded and made adjustments to cater to the new behaviors of consumers have fared better than those who have stuck to more traditional or their standard habits,” Stephanie Schoenrock said.

Although small events have been held, and larger ones are being booked for 2021, the road to recovery will be a long one.

“This isn’t turn on a light switch and we’re in business as normal, a hotel this large with the convention center side it takes six months to a year just to book the events so we’re looking at at least another year,” Baze said.

Another adjustment made at the Clarion is made-to-order delivery breakfast in place of their normal buffet style.