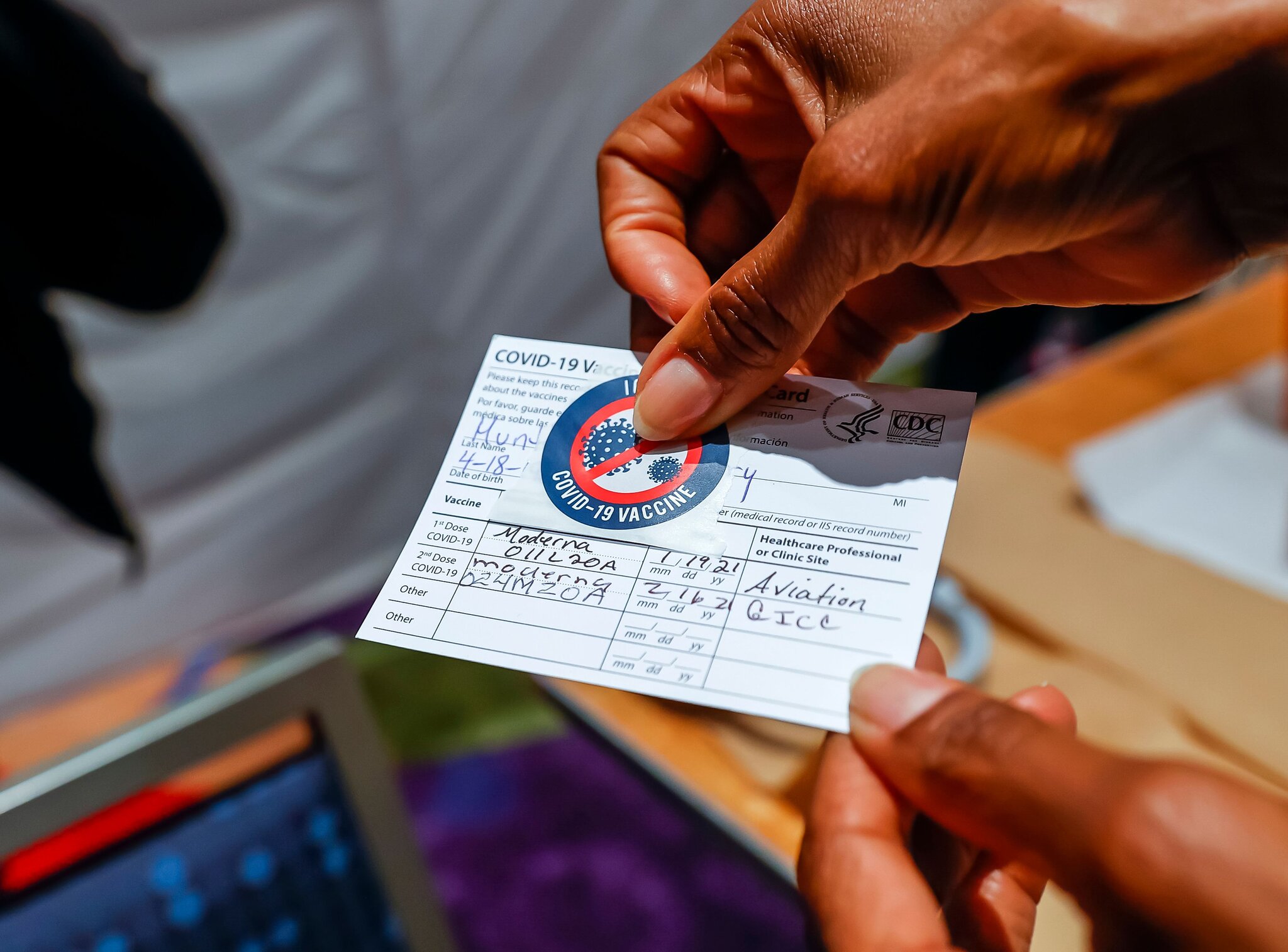 BISMARCK, N.D. – A last minute bill proposed in the House to prohibit the state from requiring vaccine passports drew a small crowd to the State Capitol on Wednesday.

With little time to pass the bill as session nears its end, lawmakers debated whether or not they even wanted to tackle the issue.

Therefore, debate on the vaccine passports bill happened before it was even introduced, as a vote to introduce the bill later failed.

A crowd in the balcony that came to oppose vaccination requirements booed and yelled out to lawmakers that they may not get reelected as the bill failed. “We’re here because we want our faces to be seen, we want our voices to be heard,” said Tara Dukart with Health Freedom North Dakota.

Although the legislation did fail, those in support of it say it was necessary. “This is one of those issues we either stand up today and address it and protect our rights or this issue is going to be decided for us in the next two years,” said Rep. Tom Kading, R-Fargo.

Some lawmakers disagreed with the bill because similar legislation is already circulating or has passed through the legislature.

“The Senate was asked as well, because I wouldn’t do a resolution about vaccine passports, so they did. Okay that’s fine. It came over here, we passed it. Still not good enough,” said House Majority Leader Rep. Chet Pollert, R-Carrington.

Along with the resolution, another bill, which included a section on prohibiting vaccine passports, passed the House on Tuesday, but failed in the Senate on Wednesday. That vote came at the same time the new bill was being discussed.

Some lawmakers think it reaches too far, with restrictions not just on the state, but on private businesses as well.

“We’re sticking out nose into, way into private businesses operating their business. We have never had that as one of our platforms,” said Rep. Todd Porter, R-Mandan.

Others said vaccination status shouldn’t be a reason for losing your job. “Just go find another job, uproot your family and go move somewhere else. It’s basically that kind of message. That’s a high stakes cost for somebody to make a decision,” said Rep. Jeff Hoverson, R-Minot.

Nonetheless, with both bills failing to pass, an avenue for restricting vaccine passports or vaccination requirements appears to be finished for this session.

Although both bills failed, a Senate resolution urging Congress not to enact any policies relating to requiring vaccine passports did pass. However, lawmakers said resolutions like this are merely suggestions to Congress.

Officials work to get people vaccinated for COVID-19 as demand slows, but skepticism remains