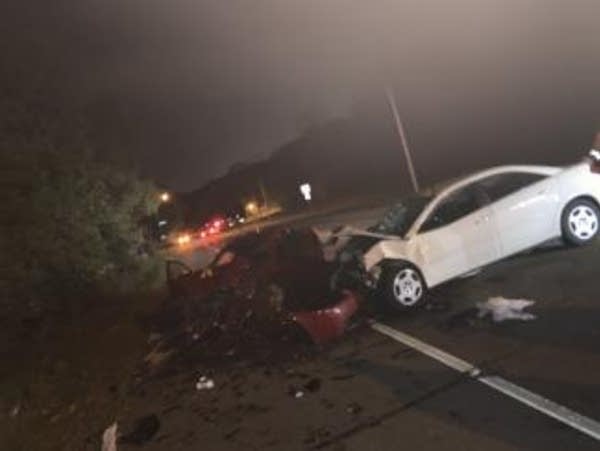 Police said they were notified shortly before 10 p.m. of the crash. They said occupants were transported to the hospital but could not confirm the extent of any injuries.

An eyewitness told Your News Leader traffic on 16th Street was blocked off while crews attended to the scene.

Your News Leader will have more information as it becomes available.