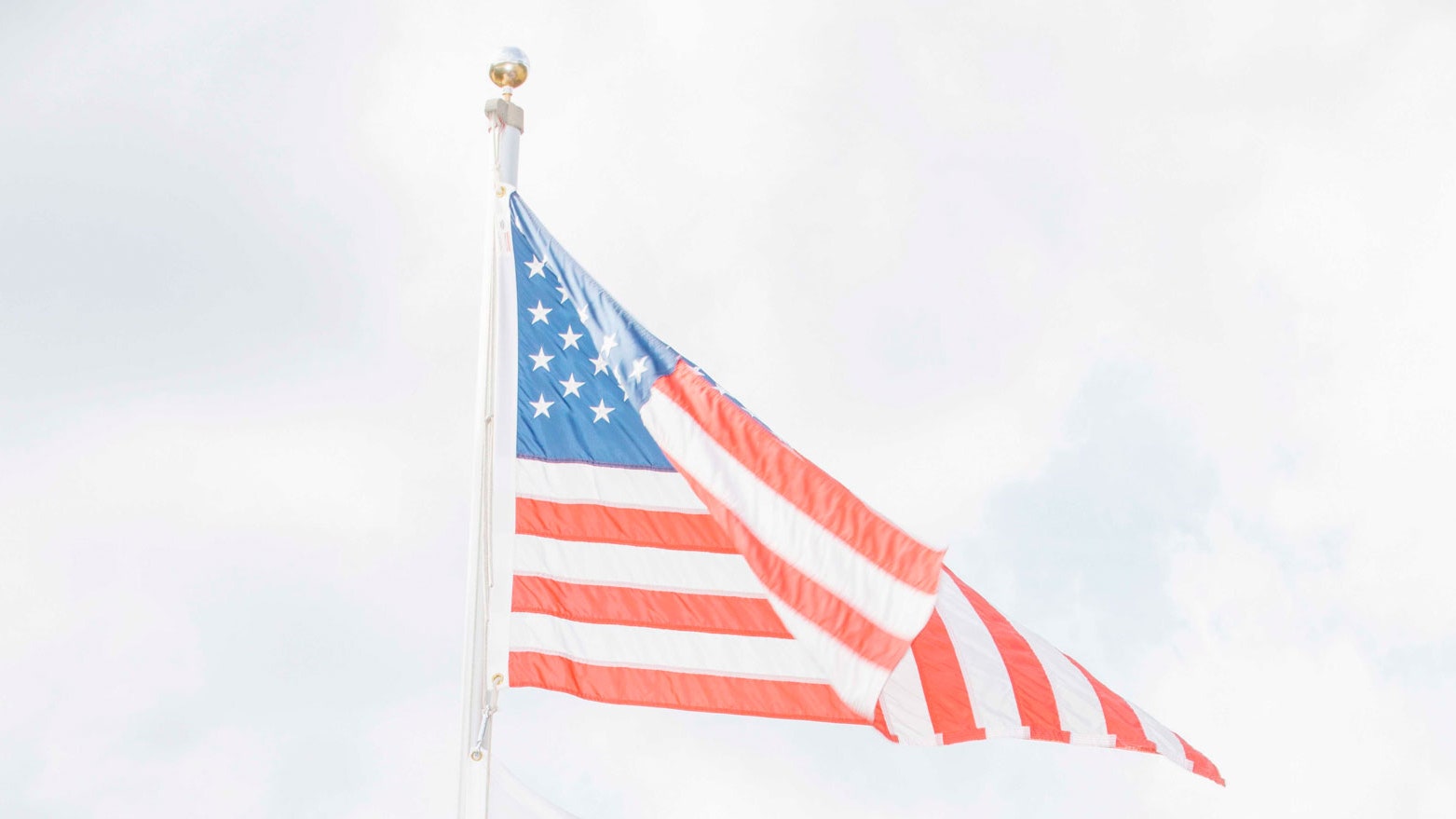 MINOT, N.D. — Friday is my favorite day of the week.

I like my work, so I like that Friday is a workday, but I also like that after Friday comes two days that are mostly free to have adventures with my family. The weather is getting nice, and I’m looking forward to some Geocaching trips and getting the tent out for camping.

I also like Fridays because it means I get to write this column. I really enjoy all of the feedback I get from you readers (even those of you inclined to zing me for one thing or another).

To reach me, email [email protected] You can reach me on social media platforms like Facebook and Twitter too, but it’s easier for me to organize and respond to all the messages I get through email.

Chris writes in response to what many have perceived as a shift in my politics: “When you live in a sea of red, it’s not fiscally responsible to turn blue. The Forum is going broke. You aren’t helping the conservative cause by tearing it apart. Liberals stick together. So should we conservatives. If you are still conservative? You have a strong voice and a good platform in ND politics. Many conservatives, myself included, rely on you and others to speak for us. I believe we need to be more unified to beat the libs. They stick together. We, as conservatives, have not. Historically we haven’t. What I’m seeing from the democrat machine since Biden took office should force us to unify. I’ve always been a conservative first and a Republican second. I’ve now reversed that stance. Just something to consider. You’re a good guy.”

First, let me say that while the specifics are certainly well above my paygrade, the idea that Forum Communications is “going broke” is not rooted in reality. Our company is evolving, in many ways, and thriving in those changes, as far as I can see. Change is a needed thing given the changing realities in how news is gathered and how our audience expects it to be delivered to them.

As for the rest, I am still very much a conservative, and it’s always flattering to hear that other conservatives see me as a leader, and the fact that some see me that way is exactly why I’ve taken the stand I have.

Many in the movement today are define “conservatism” as loyalty to Donald Trump. What troubles me is how Trump supporters have left conservatism behind in favor of class war, culture war, and an affinity for “owning the libs” that is more at home in a comedy sketch show than a serious political movement.

Being conservative is not merely opposing what liberals want. Conservatives need to be for things. Our movement has a long history of excellent ideas, not to mention competent governance. We need to refocus ourselves on those initiatives, not whatever the Fox News primetime lineup is screaming about on a random Tuesday night. As I mentioned during a recent livestream, I believe the North Dakota Republican Party’s dominance over the last few decades, in a state where voters, historically, have had no problem casting ballots for Democrats, is rooted in competence.

Culture war nonsense may play great on social media, but what still wins elections is sound policy that promotes liberty and prosperity.

We can be better than Trumpism.

Connie writes in response to my argument that we’re lowering the flags too often: “Been thinking the same thing for a long time. They should be lowered only for presidents. It’s a sign of defeat. Fly it high and proud.”

I have actually learned a bit more about the process behind lowering the flags from many of you readers, and also former North Dakota Gov. Ed Schafer, who called me to chat the other day and knows a thing or two about flag orders.

According to the U.S. Flag Code, only the U.S. president and the governor of a state can order the flags lowered, and the code is pretty specific on when that should happen. “By order of the President, the flag shall be flown at half-staff upon the death of principal figures of the United States Government and the Governor of a State, territory, or possession, as a mark of respect to their memory. In the event of the death of other officials or foreign dignitaries, the flag is to be displayed at half-staff according to Presidential instructions or orders, or in accordance with recognized customs or practices not inconsistent with law,” it states.

Per the law, flags are supposed to be lowered for 30 days nationally for a president or former president’s death. Vice presidents, the speaker of the House, and chief justices of the Supreme Court get 10 days. Other officials, such as governors and associate justices, get from the day of their death to the day of their internment.

Not mentioned at all in the code? Lowering the flags because the nation feels sad about a terrorist attack or particularly heinous crime like a school shooting.

I’m not against lowering the flags to mark moments of national mourning, be they for a person or a tragic event, but we definitely need to raise the bar on how often we’re doing it. Because, as I argued in the column, if we do it so often that many of us have no idea why the flags are lowered at any given moment, we’re doing it too often.

Lane writes, in response to the threats of lawsuits and punitive actions against North Dakota over the trans athletes bill: “My question is where is this pending litigation money coming from? I requested feedback from my district Senator Kathy Hogan (Central Fargo) on House Bill 1298. Both points she made are somewhat alarming to me. 1) she referenced 1 million dollars in pending litigation as a factor, based on the current fiscal issues. This scares the crap out of me that policy is so easily influenced by pending litigation or outside dollars. 2) She claims she received 44 emails vs. 4 supporting a vote to sustain the veto. If I took a poll, I highly doubt 92% of the people favor boys competing against girls. I accepted the governor’s reasoning for the veto, but my local senator may be easily influenced by propaganda emails and pending litigation.”

House Bill 1298 passed both chambers of the Legislature but was ultimately vetoed by Gov. Doug Burgum, as Lane points out.

To answer his first question, the money from lawsuits would almost certainly come from activist groups or other organizations interested in blocking the law. It can be a frustrating tactic, but all sides use it. Heck, the National Rifle Association is currently backing a suit against New York’s gun laws heading before the U.S. Supreme Court.

The courts are and should be a valid venue for these sorts of disputes.

That said, many like to argue that the mere threat of a lawsuit is reason enough not to pass a bill, and I’m afraid I have to disagree with that. The position amounts to a sort of a heckler’s veto. We can’t make policy because someone, somewhere, might sue? Anyone with the money for a filing fee can file a lawsuit.

Besides, often these suits aren’t successful, and they probably shouldn’t be as successful as they are at times but, alas, judges are often too enamored with their power to enjoin and strike down laws.

Our elected leaders should follow their convictions, and if the policies they pass become the subject of litigation, so be it. If the voters are up for that fight, the elected leaders will have no trouble staying in office.

As for Rep. Hogan, I have no reason to believe she’s anything but honest about the feedback she received and that Lane may simultaneously be right that most North Dakotans (if perhaps not over 90%) are opposed to trans girls competing in female leagues. The thing to remember is that Rep. Hogan doesn’t represent the entire state of North Dakota, nor should she even try. Hogan represents District 21. She needs only to concern herself with the sentiments of those constituents.

My column about out-of-state consultants picking out-of-state managers for North Dakota’s new in-state investment program drew bipartisan agreement. Don wrote: “Great article exposing N.D. stupidity — and I’m an avid conservative — by hiring these hotshot/bigshot out of state ‘consultants’ to manage OUR money.” Toni wrote: “I normally don’t agree with you on many things, being a liberal in this conservative state, but I do agree with you on this. PLUS, we tout the universities in ND as great places to learn but rarely hire high-up executives from any of them.”

I call this preference our state’s leaders have for hiring people from out of state “North Dakota Self Loathing.”

It manifests itself all over our state’s culture. Hiring out-of-state consultants, on the belief that nobody in-state is smart enough to handle our money, is one example of this. Another is Toni’s point about our higher education institutions launching “national searches,” which often result in hiring people from other parts of the country who often do a not-so-great job of running our state’s institutions in part because they don’t understand our state’s culture. But even beyond that, I remember as a kid being told to wait on some purchase I wanted to make until an upcoming trip to the Twin Cities or Seattle because I’d probably “find something better” there.

Because a North Dakota toy isn’t as good as a Minnesota toy.

Some of you reading this may be tempted to call this rank parochialism — a manifestation of an anti-outsider perspective.

That’s not an entirely unfair criticism — our state, paradoxically, mistrusts outsiders even as we simultaneously prefer to hire them for certain key positions — but there’s no question that we’re often too quick to look outside our communities for talent when we would probably be doing ourselves a favor by looking internally.

Fred asks: “How did your second Covid immunization go? Any side-effects or reactions?”

I got my first shot of the Moderna vaccine in March and my second earlier this month, and my reaction to both was similarly rough. Each time I had about 48 hours of feeling very ill — fever and chills, fatigue and body aches — and then about another 12 hours with what I can only describe as something akin to a hangover.

After that, I felt fine.

My doctor told me that people who had a severe reaction to getting the COVID-19 bug — it put me in the hospital for nearly two weeks — will likely have a more severe reaction to the vaccinations. If you haven’t had a shot yet, your reaction will likely depend on which vaccine you get and your personal health situation.

But don’t take my word about it. If you’re on the fence about the vaccine, the best person to talk to about it, really the only person who should be influencing your decision, is your doctor.