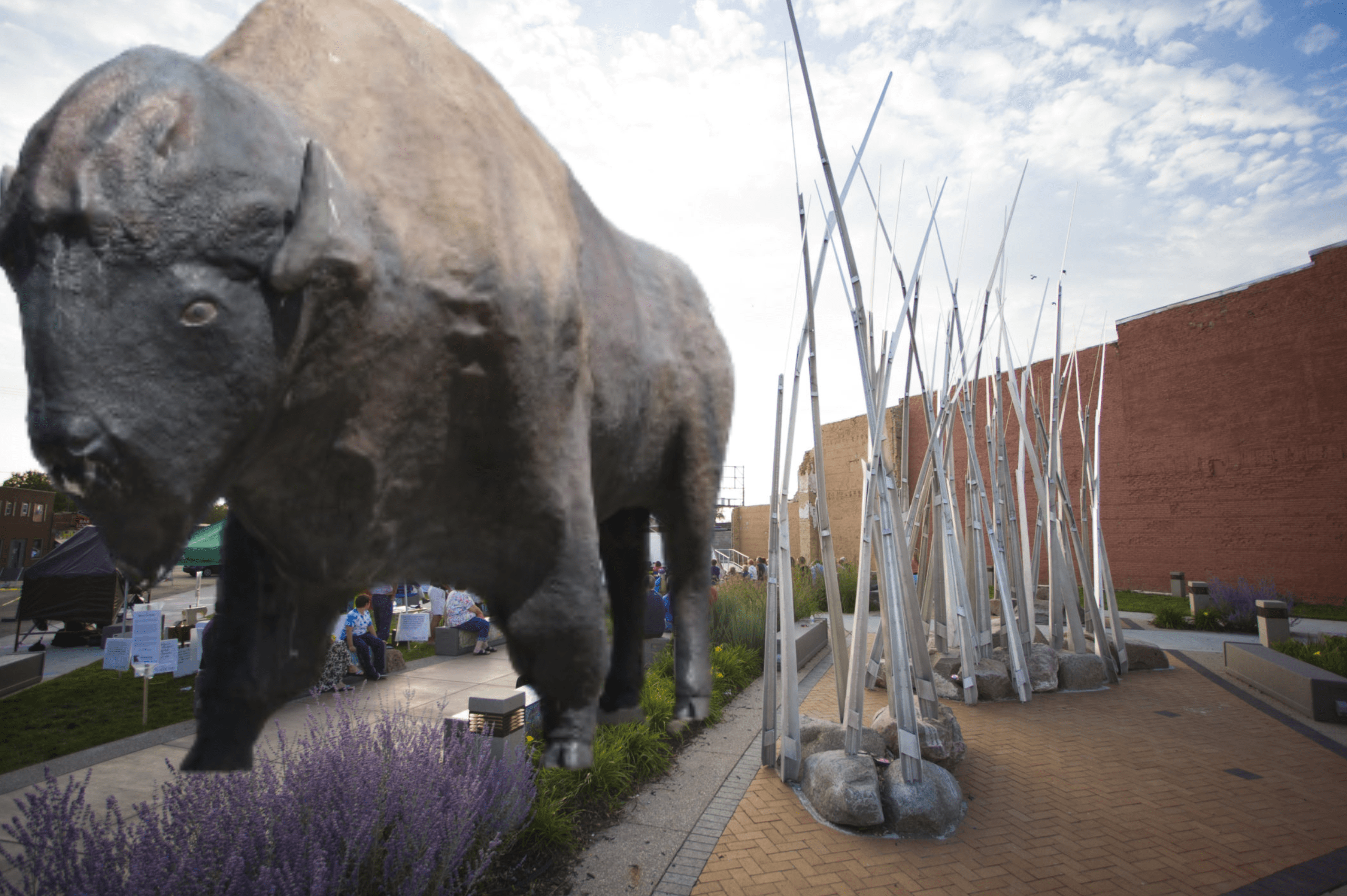 BISMARCK, N.D. — For over a year, Jamestown business leaders have been smitten with the idea of building an amusement park along Interstate 94 to accompany the existing National Buffalo Museum and attract tourists to a region without many major draws.

The proposed Buffalo City Park would feature bison-themed rides, attractions and entertainment venues, according to previous reporting by the Jamestown Sun. The prospect of building on publicly owned land and receiving financial backing from the state has a herd of local developers ready to run with the plan.

The project cleared its first hurdle in Bismarck on Wednesday, April 21, when the North Dakota House of Representatives approved a bill that would provide a conditional $5 million state appropriation for the proposed park’s operations, but there’s still a long way to go before the empty field next to the highway resembles an alluring destination for travelers.

The lower chamber voted 58-35 on Wednesday to send Senate Bill 2018 back to the Senate. The proposal, which contains the whole Department of Commerce’s budget, underwent heavy changes in the House and will be the subject of a conference committee where members from both chambers can meet to iron out their differences.

Supporters of putting state funds toward the project, many of them Jamestown-area lawmakers like Montpelier Republican Rep. Craig Headland, said the park along the busy thoroughfare would be a “tourism gateway.” A theme park design company estimated a few months ago that more than 200,000 people would visit the park in the year after it opened, though legislators opposed to the plan characterized the projection as overly optimistic. The company’s report also says the park could open up in 2024 and earn $2.3 million in first-year profits.

The $5 million allotment from the state would come only after the project meets a series of benchmarks, giving taxpayers cover if the park never materializes, proponents say.

The park promoters would first have to secure a $60 million loan from the State Investment Board to build the facility. At that stage, money managers and financial experts would have to be convinced the project is a sound investment of public dollars.

If the board gives the project the greenlight, the loans would come from money in the state’s oil tax savings account, known as the Legacy Fund. Then, park backers would have to come up with $5 million in private funding before unlocking the state’s matching endowment.

A handful of fiscal conservatives fought the allocation to the proposed park, dismissing it as “corporate welfare.”

Rep. Rick Becker, R-Bismarck, said if the park is a solid business idea, it shouldn’t need public funding to pad profit margins. Rep. Dan Ruby, R-Minot, said the state has thrown taxpayer money away on other tourism-minded endeavors like the Lewis and Clark Interpretive Center north of Bismarck.

Becker and other critics of the bill also lamented parts of the agency budget that would provide funding for the unmanned aircraft systems industry, a data center on a former military base in Nekoma and a movie being filmed in the state.

As pandemic winds down, students venture out of the classroom