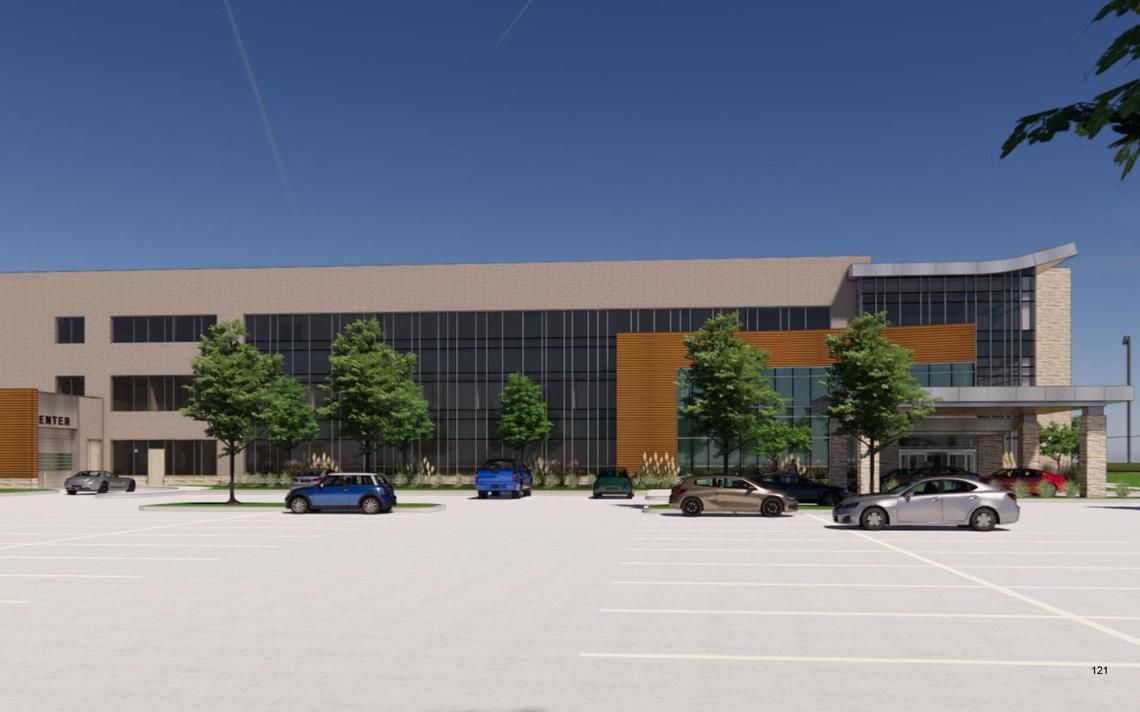 WEST FARGO, N.D. — A health care company is planning a $26 million specialty care facility in West Fargo that will bring more than 200 above-average paying jobs to the city of West Fargo.

A for-profit, private practice “health care group” is planning a 90,000-square-foot medical facility and 30,000-square-foot ophthalmology center near 23rd Avenue East and the Veterans Boulevard corridor. The project will be owned by the medical group; however, the identity of the group remains anonymous as of press time, said Economic Development Director Lauren Orchard.

The health care group is working with Enclave, which recently moved its headquarters to West Fargo, on a plan to build a 120,000-square-foot medical campus that will be home to an ambulatory surgery center, a network of physicians and multiple clinics, including an urgent care center.

The larger main medical office building will be home to the health care group and will be connected to the future project “OP medical group” ophthalmology center in the smaller building.

Specialties that will be found at the medical campus will include ear, nose and throat (ENT); orthopedics; ophthalmology; neurosurgery and spine; and plastics and hand. The building will offer hotel-style accommodations for extended stay out-of-town patients, an on-site pharmacy, ample parking with heated sidewalks and a covered canopy for pick-up zones.

On Monday, April 5, the West Fargo City Commission unanimously approved giving the two companies a 10-year PILOT program which will allow for the health care group to pay $100 on the improvements for five years, followed by 50% of the taxable base of improvements for the remaining five years. During the 10-year PILOT program, the health care group will still pay about $1.2 million in real estate taxes.

“In the city of West Fargo, the way a PILOT works, it’s essentially a tax abatement so they don’t pay taxes on a part for a certain amount of time,” Orchard said.

However, after the PILOT program, the health care campus would add a $26 million investment to the city along with hundreds of jobs.

“The project would bring 203 new jobs with an average salary of $64,000 per year, which is well above the median wage for livable wages in the city of West Fargo,” Orchard said.

Orchard said the engineering and administrative departments supported the project as well as the economic development advisory committee. Since the PILOT program is longer than five years, the city is required to get approval from the school district and Cass County, as well.

By Monday, the West Fargo School District had approved the project, and the Cass County Board of Commissioners said they would wait to vote on it until after the city did so. Cass County Commissioners shared concerns of the health care group remaining anonymous at this time.

Orchard said the group is allowed to due so but must be named if the tax incentives are approved.

Once operating, the medical group expects to see around 200 patients at the campus per day.

“It provides additional services for citizens of West Fargo to access,” said Austin Morris with Enclave.

The health care group will be adjacent to Enclave, which is a development, construction and property management firm that recently moved into a bold new headquarters building at 300 23th Ave. E.