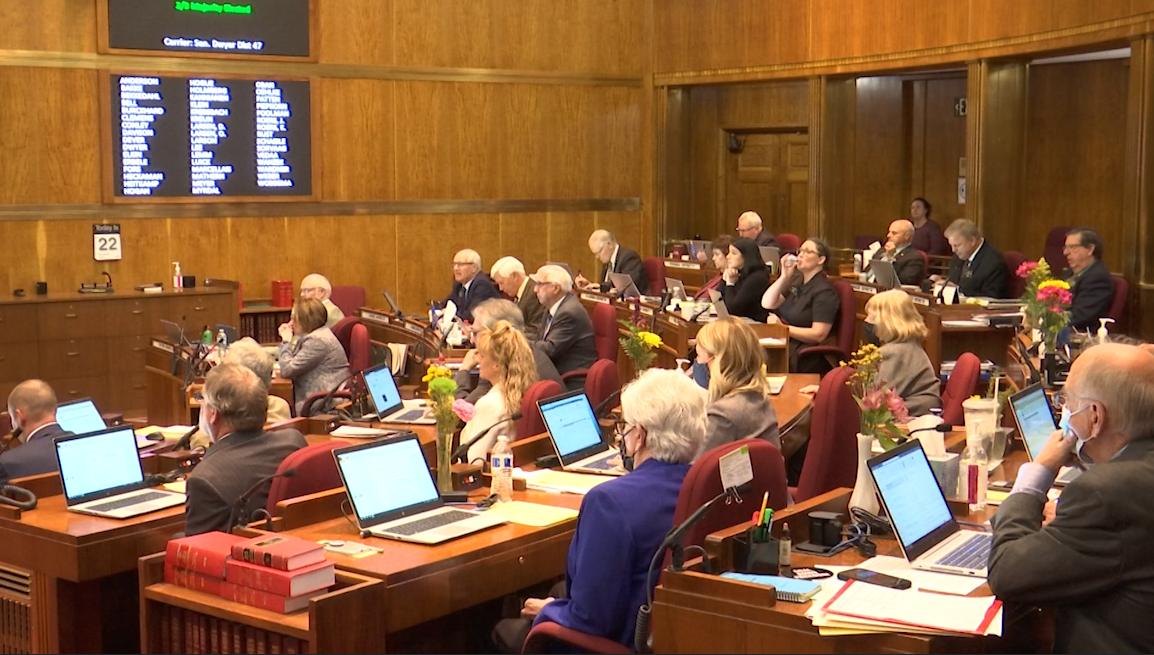 BISMARCK, N.D. — North Dakota lawmakers have overridden Gov. Doug Burgum’s veto on a bill that will bar state officials from issuing mask mandates in the future.

The North Dakota Legislature may be the first in the nation to pass a sweeping prohibition on mask requirements imposed by the executive branch, though elected officials in a few other states have considered banning mask mandates in some form.

Sen. Oley Larsen, R-Minot, summed up the sentiment of many bill supporters, saying the state must power the bill into law to protect the individual liberties of North Dakotans. He noted that the restrictions and mandates imposed on them throughout the COVID-19 pandemic are an overreach by government.

Senate Majority Leader Rich Wardner, R-Dickinson, and Sen. Randy Burckhard, R-Minot, represented the two votes in the upper chamber that switched sides from a previous tally and swung the outcome of the override. Wardner said he didn’t want to talk about his reversal on the issue, but he noted it didn’t have to do with the dozens of emails he received from anti-mandate constituents.

“What I would have to say would stir up a whole can of worms, and I’m not interested in that,” Wardner said.

In its original form, the legislation would have prohibited any public body from requiring masks, but the Senate amended it to continue allowing local governments and school boards to impose the public health measure. Rep. Jason Dockter, R-Bismarck, said on the House floor that mask mandates should be a matter of “local control” and the state shouldn’t be able to make a sweeping requirement.

Burgum said he vetoed the bill because it “removes a tool from the emergency toolkit” that could be crucial in a future health crisis.

“To strip future governors and their state health officers of any low-cost tool that might be used to save lives and livelihoods in a future pandemic or other emergency would be both irresponsible and an unnecessary risk to the future public health and well-being of North Dakota citizens,” Burgum said in a veto message.

The Legislature’s pushback on compulsory mask-wearing came several months after Burgum’s administration imposed a statewide face covering mandate amid the nation’s most severe COVID-19 outbreak. A handful of cities and counties, including Fargo, Grand Forks and Bismarck, independently required mask use in public prior to the state mandate, which expired in January.

The mask issue has been extremely contentious in libertarian-leaning North Dakota, where many conservative lawmakers and residents view mandates as attacks on their personal freedoms. The state’s health officials and doctors have pleaded with residents to wear masks throughout the pandemic, pointing to a massive drop in COVID-19 cases following the November mandate as evidence that the measure worked.

The bill drew support from a vocal group of residents who oppose mask requirements. Protesters took to the Capitol steps earlier this month to drum up support for the legislation, which was originally seen as a long shot to get through the upper chamber.

Opponents of the bill in the Legislature agreed with Burgum that the restrictions could tie the hands of state leaders during future pandemics when masks may be an even more effective disease prevention measure.

Some bizarre goings-on in the North Dakota College Republicans, with ties to other squabbles