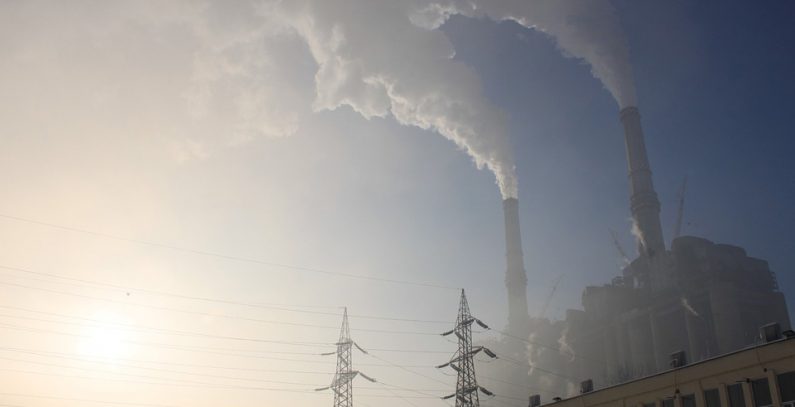 After months of largely behind-the-scenes negotiations, spearheaded by Lt. Gov. Brent Sanford, it seems there may be a buyer for Coal Creek Station.

The new buyer, which hasn’t been named as I write this, would keep the plant open, and it’s welcome news to the dozens of central North Dakota communities which the plant’s closure would have gutted.

Even some of the state’s Democrats are happy about the move.

“Hundreds of hard-working North Dakotans depend on this plant for their livelihood. When Great River Energy announced it would be closing Coal Creek, it was uncertain how the community could offset the economic loss,” state Senate Minority Leader Joan Heckaman (D-New Rockford) said in a press release. “We are encouraged that talks are underway to continue operating the plant. Coal Creek is a national example of how we can responsibly develop our state’s abundant natural resources and develop innovative technologies to minimize the effect on the environment.”

Meanwhile, in the Legislature, there is a battle over bills that would grant subsidies and tax breaks to the state’s coal industry.

The legislation is derided by wind supporters who are accusing the coal supporters of hypocrisy. After all, the slam on wind power all these years has been the subsidies and mandates which prop it up.

Are coal supporters hypocrites for getting subsidies of their own?

Perhaps, but what choice do we have?

If a true evolution brought about coal’s demise, which is to say that baseload coal-fired power was being replaced on the grid by comparable electrons produced by an energy source that works better or is cheaper than coal, then so be it.

It wouldn’t be a great thing for North Dakota or its coal workers, but sometimes progress is hard.

But that’s not what’s happening.

Coal is being replaced by electrons that don’t work the same way.

Wind is intermittent energy. We can’t control when we get that energy any more than we can control when the wind blows.

Wind has to be backstopped by gas power which, unlike coal, is a publicly traded commodity and can be extremely volatile in its pricing.

Thanks to the political push toward “renewable energy,” our energy grid is becoming less reliable, and our utility bills are spiking.

At the national level and in other state governments, there is little indication that the subsidies and energy mandates creating this situation will be changed any time soon. Heck, the massive wind energy production tax credit, which the wind industry has claimed can be allowed to expire for something like a decade now, magically gets renewed by Congress at the end of every year.

Why would Congress keep giving an industry a subsidy when the industry claims they don’t need it?

Maybe because they’re lying, and they really need it.

Regardless, that’s the world we’re living in. North Dakota has abundant coal resources and an interest in keeping baseload power on the grid. It is ridiculous that our state would have to resort to subsidies to keep cheap, reliable power on the grid, but it is what it is.

At some point, we may come to our senses and realize that what we’ve done promoting wind and solar energy was a mistake, but until that happens, our choices are subsidies for coal or a future in which rolling blackouts and big swings in the cost of electricity are the new normal.

City of Minot looking to fill various positions, from police to public works