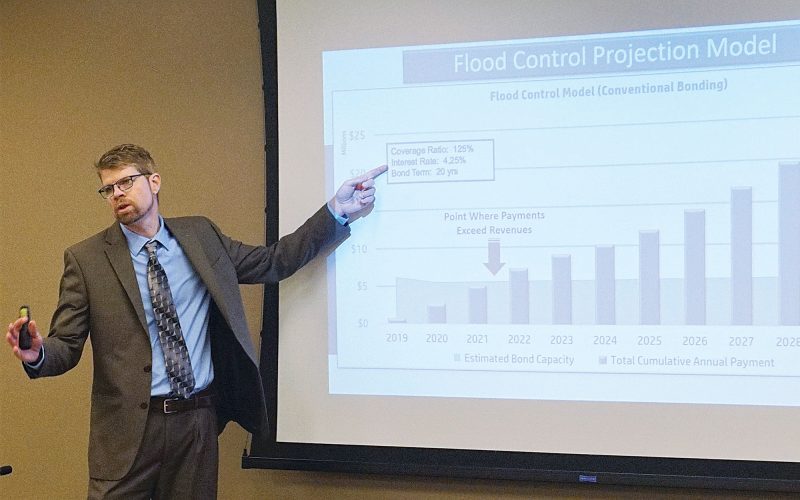 Minot City leaders say the impact of COVID-19 will impact the 2021 budget and perhaps many more budgets to come.

“Today, and this changes by the minute, we have a deficit right now of around five million dollars,” said Lakefield.

Lakefield explained that the city’s sales tax is on track to decline lower than what he had projected in previous budgets, and the only way to balance the budget now is to cut expenses where they can to avoid any significant impact to future budgets.

“In the 2020 budget year we had those numbers fairly well aligned, now with the decrease in revenue the only way to accommodate that is to offset expenses or find another revenue source which is very difficult for an organization like the city to do. In mid-year. So our only option is to really cut expenses,” said Lakefield.

In addition to a 25% decline in sales tax, Lakefield said the city will see lower property values in 2022 as result of current events.

“Mostly as a result of impacts to commercial properties from the COVID-19, so restaurants, bars, hotels, maybe some apartment buildings. We anticipate seeing a substantial decline in property values,” said Lakefield.

Lakefield said plans to fill in in the gap between expenses and revenue with money from HUB City gas dollars is now off the table.

Alderman Stephan Podrygula suggested raising fees on services the city provides could also be a way to recoup funds.

“I really think it’s important that we go through with a fine tooth comb those kinds of fees that we charge or don’t charge. Those kinds of costs have increased at our end, but we haven’t increased the cost to the person that consumes those services,” said Podrygula.

The city will get its final inputs on the budget from department heads Friday.

According to Lakiefield’s report, the first draft of the budget is scheduled to be completed by July 22.