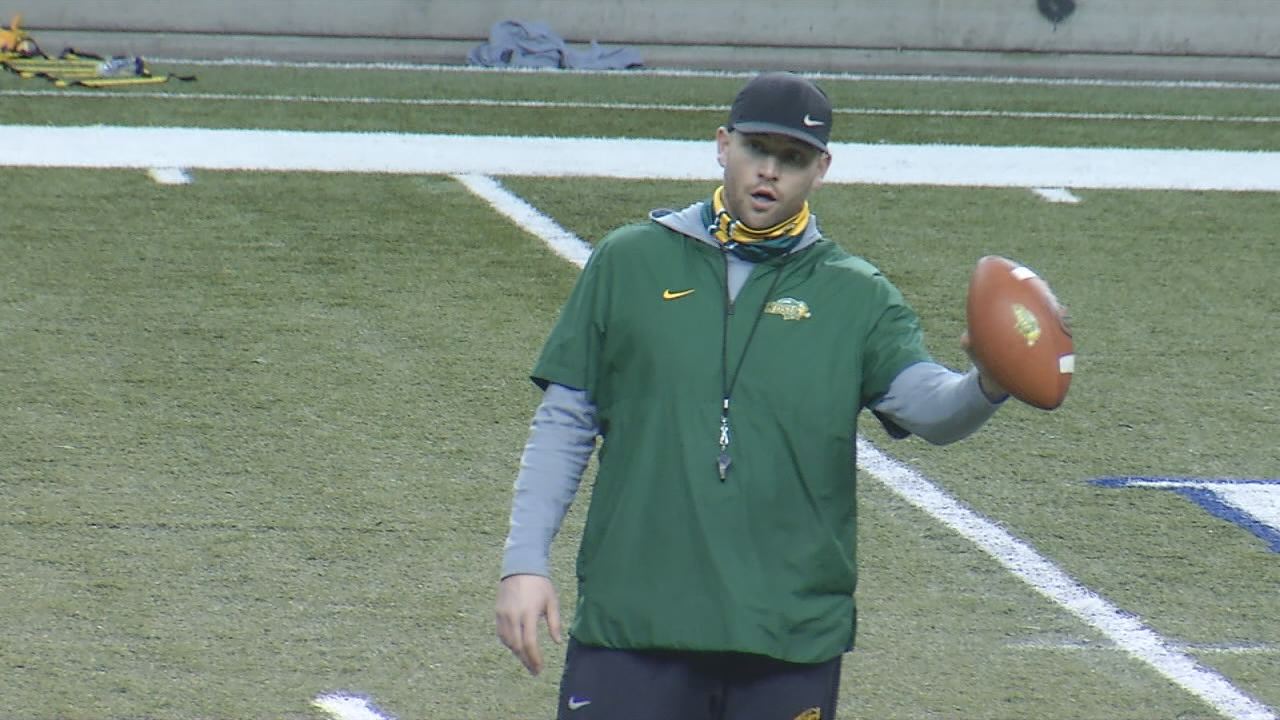 FARGO, N.D. – North Dakota State football is getting closer and closer to reliving a feeling that has been taken away over the last two weeks: Gameday.  After having a cancellation and postponement a match-up with Northern Iowa is four days away.

During the break, the Bison worked through many adjustments just to stay ready. Having less practice time, both sides of the ball were going through multiple game plans with hopes of playing.
On the players end it was challenge to take it all in, however, all the credit for helping them stay composed goes to the coaching staff who was always ready  to move forward  when the bad news struck.

“Whenever we get that notice were not playing a game. It’s almost immediately, OK were on to the next opponent,” defensive end Logan McCormick said. “When we were down in Sioux Falls waiting to go to USD on game day Coach Braun was already breaking down film for SDSU then when SDSU was rescheduled, were moving on to the next opponent so we can only control what’s in front of us and I know that’s cliche but that’s all we can do. If we want to stay sane, we can’t worry about everything that’s going on outside of us. Games not being played. It’s all in our best interest to just keep moving forward with anything that comes at us.”

“When USD got cancel. I mean coach Roehl was ready already looking at SDSU,” tight end Josh Babicz said. “Once SDSU was postponed, were moving on to Northern Iowa. The coaches help us prepare by being prepared themselves.”